All this week we’re breaking down the major Oscar categories. Today we’re checking out the nominees for Best Actor including Colin Firth, James Franco, Jeff Bridges, Javier Bardem and Jesse Eisenberg. Only two days left until the 83rd Academy Awards! 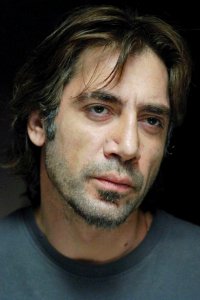 The Oscars are almost here! Everyone’s got their dresses, the carpet is laid out on Hollywood Boulevard and the little golden statues are ready to go to their new homes. The 83rd annual Academy Awards are just two days away. All this week we’ve been breaking down the major categories for you. Today we’re looking at the nominees for Best Actor and it’s a pretty tight race.

Javier Bardem has admitted his nomination for Biutiful was a bit of a surprise. Not because Bardem wasn’t brilliant in the role. He was. It was surprising because of who was left off the list in his stead. Everyone expected Ryan Gosling to grab a nom for Blue Valentine like his co-star Michelle Williams. Still, Bardem’s performance was haunting and I don’t think anyone who’s seen the film could argue with his inclusion.

I’ve said it in some of the earlier pieces, but Jeff Bridges really belongs in the Supporting Actor category while his True Grit co-star Hailee Steinfeld should be up for Best Actress. Sometimes people are put in categories they’re more likely to win. I don’t think this is going to be a repeat of last year’s win for the Dude, but he certainly did a great job. My parents, however, had a bit of an issue with his speech pattern, as did a few others.

Jesse Eisenberg was a tour-de-force in The Social Network and it’s great to see him get recognized…but where is co-star Andrew Garfield in the list of nominees? They both deserved a nod. This film actually convinced me that the Spider-Man reboot is going to be watchable. Eisenberg is one of my favorites though. All those people who called him a Michael Cera clone are eating their words now. 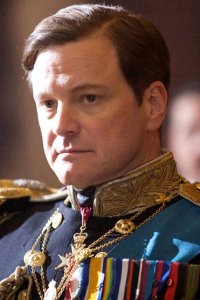 Colin Firth is considered the front runner in this race and for good reason. The King’s Speech is a beautiful film and Firth blew everyone away as the stuttering king. Even the king’s daughter, the current Queen of England, gave the film her blessing. If you’re placing bets, I’d advise putting your money on him.

Oscar co-host James Franco is nominated for his work in the inspiring 127 Hours, the story of a man trapped in a crevice who has to cut off his own arm to survive. The film is an amazing portrait of a brave man, but it made people pass out in screenings. Franco has about a zillion irons in the fire, so if he doesn’t win this one, he’s still got the daytime Emmys…just kidding.