American IdolTop 24 contestant Casey Abrams was rushed to the hospital Thursday night with stomach pains. Will he make it to tonight’s Idol taping? 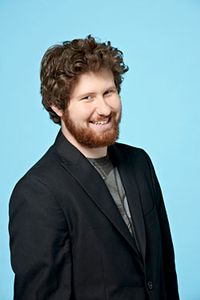 How far would you go to realize your dream? That’s the question American Idol Top 24 contestant Casey Abrams is facing after he was rushed to the hospital Thursday with stomach pains.

Abrams, 19, was rushed to an L.A. hospital after complaining of the pain — and he’s still in the hospital. TMZ reported that Abrams was scheduled to undergo a blood transfusion on Friday morning in an attempt to make the American Idol taping on Friday night.

Why would he sacrifice his health to make it to the studio? He’ll be disqualified if he doesn’t show at the taping. A bit harsh, no? Especially since Abrams is one of the early favorites in the competition.

It does look like Abrams is a trooper, though — the Los Angeles Times says that Abrams is expected at the Top 12 Male contestant taping tonight. Here’s hoping he really is well enough to perform and isn’t seriously jeopardizing his safety for a chance a spot on American Idol.

This isn’t the first time a serious health problem has jeopardized a contestant’s spot on Idol. Former AI winner David Cook was rushed to the hospital after experiencing chest pains after a show in 2008.

Tonight’s American Idol taping will air next Wednesday — how will Abrams fare? We’ll have to just wait and see, but we’re wishing him the absolute best.