Whether you want to prep for the upcoming Water for Elephants movie or you need a twisted family drama, these paperback picks for February are great books to curl up with. 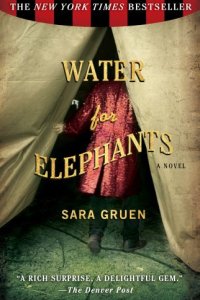 Water for Elephants by Sara Gruen

It’s hard to have missed this wildly popular book, but if you haven’t picked it up yet, it’s a must-read.
With the movie Water for Elephants, starring Reese Witherspoon and Robert Pattinson, set to hit theaters in April, this book is back on the bestseller list.

As a young man, Jacob Jankowski was tossed by fate onto a rickety train that was home to the Benzini Brothers Most Spectacular Show on Earth.

It was the early part of the great Depression, and for Jacob, now ninety, the circus world he remembers was both his salvation and a living hell. In charge of taking care of the menagerie of animals, including a defiant elephant, Jacob finds himself falling in love with the beautiful equestrian star, Marlena, while being tried daily by circus life. Marlena’s husband, August, the charismatic and cruel animal trainer, threatens the stability of the circus, Marlena and Jacob.

With an unbelievable historical account of circus life and a story that tears at your heart, Gruen delivers an incredibly captivating novel. For more on Sara Gruen and her novels, visit her website.

A Friend of the Family by Lauren Grodstein 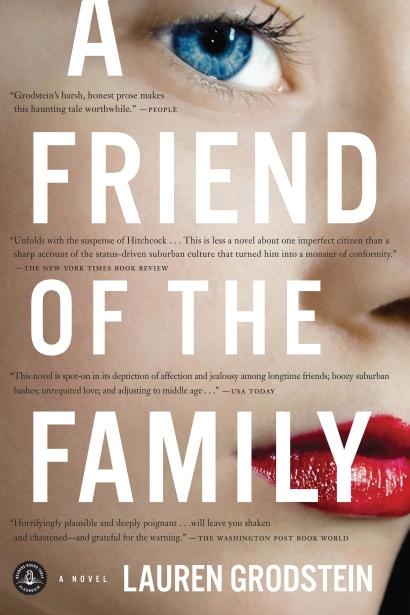 A twisted family drama never disappoints and this amazing novel is no exception. A Washington Post Best Book of 2009 and a New York Times Editors’ Choice, A Friend of the Family made quite a splash and we’ve just picked it up and had to share the dish.

A skilled internist with a thriving practice in suburban New Jersey, Pete Dizinoff has a devoted wife, an impressive house, and a son, Alec, on whom he’s pinned all his hopes. But he never counted on the wild card: Laura, his best friend’s daughter — ten years older than Alec, irresistibly beautiful, with a past so shocking that it’s never spoken of… This story is an intriguing portrayal of a father desperate to do the right thing, but oblivious to his own self destruction. For more on Lauren Grodstein and her novels, visit the author’s website.

The Three Weissmanns of Westport by Cathleen Schine

Jane Austen fans can rejoice over this fantastic homage to Sense and Sensibility. The Three Weissmanns of Westport is a New York Times bestseller that blends our classic love of Austen with our modern love of sharp wit.

When Betty Weissmann is dumped by her husband of 48 years, she leaves her New York apartment and heads to the run-down beach cottage in Westport, Connecticut. Accompanying her are her two middle-aged daughters, Miranda and Annie. Miranda is a scandalous literary agent shrouded in disaster and Annie is the sensible library director compelled to watch over her unpredictable sister and mother. In the classic style of Cathleen Schine, this book is not short on satire and page-turning enthusiasm.

For more on Cathleen Schine and her novels, visit the author’s website.

Deep Down True by Juliette Fay 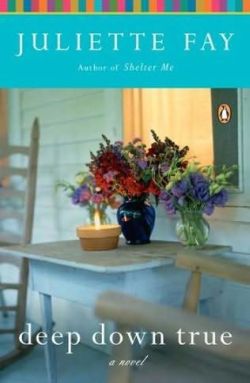 Capturing the essence of rediscovery, Deep Down True speaks to the heart of anyone who is starting a new chapter in their lives. Fay compares this novel to the middle school experience. It is filled with uncertainty, frustration and reinvention that anyone at any stage in life can relate to.

Newly divorced Dana Stellgarten has always been unfailingly nice — even to telemarketers — but now her temper is wearing thin. Money is tight, her kids are reeling from their dad’s departure, and her Goth teenage niece has just landed on her doorstep. As she enters the slipstream of post-divorce romance and is befriended by the town queen bee, Dana finds that the tension between being true to yourself and being liked doesn’t end in middle school…and that sometimes it takes a real friend to help you embrace adulthood, in all its flawed complexity.

For more on Juliette Fay and her novels, visit the author’s website.