David Arquette revealed to Oprah that he thought Courteney Cox was cheating, but now knows she wasn’t. 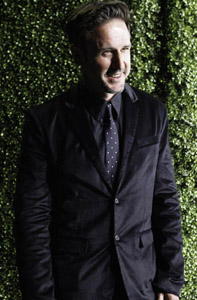 David Arquette sat down with Oprah for his first post-rehab interview and said as his marriage was falling apart he thought Courteney Cox was cheating.

As Arquette explained to Oprah, “She came down really depressed one day, and was like ‘I’m really just not happy.'”

“I felt really sort of abandoned at that point,” Arquette admitted. “A deal is a deal.” (That same phrase is engraved on the couple’s wedding rings.)

Not helping matters was the fact that the tabloids were starting to tell stories of Courteney having an affair with her Cougar Town costar Brian Van Holt.

“There were tabloid stories coming out about her and someone on her show having, you know, an affair,” he said.

“I thought she was having an affair with someone. [I thought] nobody would’ve said something like that if she weren’t.”

So will they get back together? Maybe, maybe not.

“I love Courteney,” Arquette told Oprah. “I don’t know right now. I want us to be the best people we can be, and then if it’s together — I want her to be happy, and if me even being the best person I can be doesn’t make her happy in a partner — like, who she needs, whatever she’s looking for — that’s still to be answered.”

“I know that I’ll be with her for my whole life. And we have an amazing family together and we’re really great parents together.”

read on for more david arquette