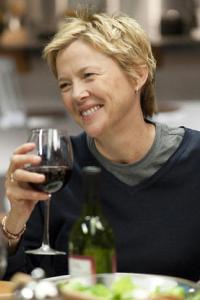 The Oscar race for Best Actress is rarely considered a lock. This year, there are few people who will tell you that anyone has a chance against Natalie Portman. Still, no one knows until the envelope is opened on Sunday night. We’re taking a look at the Academy Award nominees and breaking it all down for you.

Annette Bening is the only nominee people think could topple Portman. In The Kids Are All Right, Bening plays a woman whose world is rocked when her wife has an affair with their children’s sperm donor. She gives a touching performance that feels very true to life. There is nothing over the top and nothing too subtle to pick up. Plus, she may get the award because of her body of work.

This category is so jam packed with wonderful actresses that a win from any one of them would make the audience happy. Nicole Kidman was stellar in Rabbit Hole, which may not have been seen by scores of people, but this portrait of grief is tragically beautiful. Kidman is heartbreaking to watch and her performance is certainly deserving of an award. If you haven’t seen this film, you must. Don’t let the subject matter keep you from watching something so fantastically well done.

Jennifer Lawrence is young, but she turns in a performance worthy of a far more seasoned actress. In Winter’s Bone, Lawrence plays a young woman in the Ozarks who takes care of her siblings and her ailing mother, while chasing down her meth-producing father. Her work is phenomenal, and heck, the girl had to learn to skin a squirrel for the role. She may not take it this year, but anyone who saw this film would hardly be surprised to see her name right back up there next year. 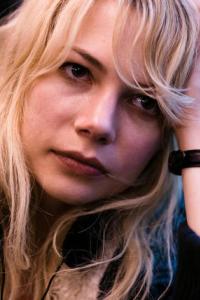 Michelle Williams‘ raw performance in Blue Valentine is an incredible thing to witness. She pulls no punches and lets us in to the most intimate parts of a relationship. She and co-star Ryan Gosling (who was sadly left off of the Best Actor list) actually lived together to create a deeper level of connection. Again, this is an actress we’d be happy to see take home the statue.

Natalie Portman is having quite a year with Black Swan. She’s taking home awards left and right, she’s getting married (she met her fiance while doing the film) and having a baby. I wonder what’s going to take up the most shelf space in her house — awards or baby toys. She put herself through incredible training and physical demands for her role as a tortured ballerina and everyone expects her to walk home with an Oscar.

So what do you guys think? Is she going to win the day? Will Bening take it away from her? Do you think Hailee Steinfeld belongs on this list? Give us your thoughts below. And check out our earlier articles on Best Supporting Actor and Best Supporting Actress. Tomorrow’s list? Best Actor.