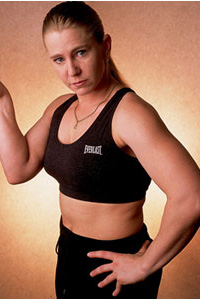 Former figure skating champ Tonya Harding and her husband, Joseph Price, are the proud parents of a baby boy. Harding, 40, remains hospitalized at Southwest Washington hospital after undergoing a Caesarean section. They have not released the child’s name or any other details.

Harding, who won the US Figure Skating Championships in 1991 and placed fourth in the Winter Olympics of 1992, later pleaded guilty for conspiring to hinder the prosecution. Harding was given a fine, barred from competing in the 1994 World Figure Skating Championships and was on probation for three years. With her figure skating career wrecked, she decided to become a professional boxer.

Harding married Price, 42, last summer and told friends of her desire to start a family.

“She’s always wanted a baby,” said Don Horn, a family friend. “She was told she could never have a child…and guess what? It really is a miracle and she really is very happy.”