In today’s installment of our Oscar series, we take a look at the nominees for Best Supporting Actor: Christian Bale, Geoffrey Rush, Jeremy Renner, Mark Ruffalo and John Hawkes. This category had a few surprises this year. We’ll break it down for you. 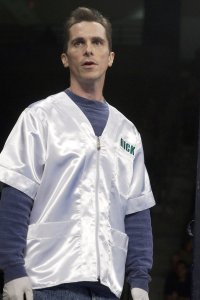 The Academy Awards will air February 27 at 8 p.m. EST, 5 p.m. PST. We’re sure you have your Oscar party planned already and you’re busy making cupcakes with little golden statues made of fondant on top. While you’re waiting for the big day, SheKnows is breaking down all the major categories for you. Today we’re taking on the nominees for Best Supporting Actor.

First up we have Christian Bale who not only gave an awe-inspiring performance in the heavily nominated film, The Fighter, but lost a ton of weight to do so. Oscar loves actors who make a dramatic physical change and Bale is considered the front runner. He’s been picking up award after award for his work in the film, just like his co-star Melissa Leo. He was easily the best thing about that film and his performance almost makes you want to tell him to dust off a spot on his shelf for a shiny little man. Unless there is an upset and Geoffrey Rush takes it away…

Rush is up for his work in The King’s Speech and likely the only man who can take the statue from Bale. Personally, I’m surprised he hasn’t walked away with more wins this awards season. His royal bromance is going to be the film to beat this year and he did some wonderful work. His co-star Colin Firth is nominated for Best Actor, though either one of them could have been up for that. I said it about Hailee Steinfeld in yesterday’s article, but I think we need a better nomination system. In what way is Rush “supporting?”

Jeremy Renner was up for Best Actor last year for his work in The Hurt Locker. He’s making this an annual event. This time around, he’s nominated for his performance in The Town. Strangely, he doesn’t seem to be doing a lot of campaigning. Have you seen him on any talk shows? While it’s certainly refreshing, it’s a bit surprising. We’ll see him next in Mission Impossible: Ghost Protocol and as Clint Barton/Hawkeye in the highly anticipated The Avengers. 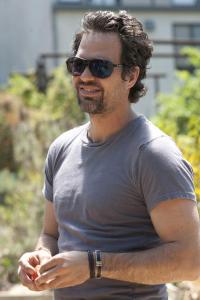 Renner’s comic book co-star Mark Ruffalo (who is our new Hulk…and the third this decade) is also up for a golden statue for his performance in The Kids Are All Right. Ruffalo is one of the most underrated actors out there and he was snubbed at the Golden Globes. Most people were pretty surprised to see his name on the list. Have you seen this film yet? It’s really fantastic. Ruffalo gives a subtle and sweet performance and it’s good to see him finally recognized for it.

Arguably the biggest surprise of this awards season was the inclusion of chameleon actor John Hawkes for his performance as Teardrop in Winter’s Bone. As he’s stated in a number of interviews, Hawkes enjoys disappearing into his roles. I’d bet money on the fact that you’ve seen him in a zillion films but you didn’t know his name until you saw the list of nominees. Though he may not have a chance of winning, it’s about time he was recognized.

So who do you think should walk away with a statue? Let us know below. Check out yesterday’s piece on the nominees for Best Supporting Actress.