Billy Ray Cyrus says he is mending his family after several explosive interviews about daughter Miley Cyrus’ troubled year blew up in his face. 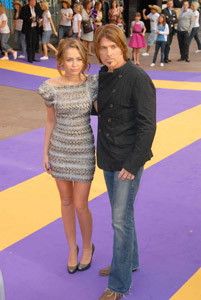 Billy Ray Cyrus told GQ that Miley Cyrus’ success on Hannah Montana “destroyed my family” and said that “she’s got a lot of people around her that’s putting her in a great deal of danger.” But now the singer is backtracking on his public stance, saying that he and the family want to heal privately.

“It is very important to me to work on mending my family right now,” Cyrus told People.

“My family is the most important thing I have, and we are working together to make sure our future is stronger and healthier,” he said, calling his earlier comments about Miley Cyrus “explosive, and unintentionally so.”

“It is all a learning process, and we thank everyone for their support and respect of our privacy as we sort through very important family issues,” he said.

Privacy tip #1: Stop talking to the press about your family.