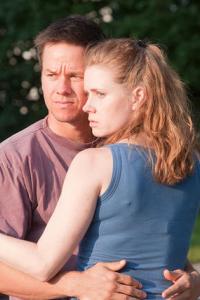 The 83rd Academy Awards will air this Sunday at 8 p.m. EST and 5 p.m. PST and we’re taking a look at the candidates all this week. Today we’re looking at the nominees for Best Supporting Actress. We’ll give you a breakdown of who’s up for an award and why.

Amy Adams and Melissa Leo are both nominated for their work in The Fighter. Say what you want about the film (which is also up for Best Picture) but you have to admit, the performances were phenomenal. Adams, who’s been nominated before, is a bit of a chameleon. She pulls off druggie moms and singing fairytale princesses with equal talent.

Adams is up for this hard-hitting role and she’s just wrapped production on the new Muppet movie. It’s rare that Hollywood allows someone to be this versatile, even if they have the rare talent to accomplish it.

Melissa Leo, who plays Mark Wahlberg and Christian Bale’s tough mom, burst on to the scene with last year’s Frozen River. She was nominated for Best Actress for that one. And yes, you know you had never heard of her before. Leo has done about a zillion films and TV shows, but she’s managed to stay under the radar. In fact, at this year’s Critics’ Choice Awards, she joked about getting famous after the age of forty. My money is on Leo for the statue.

Helena Bonham Carter is up for her role in The King’s Speech. Maybe you’ve heard of it? Though the film is considered a front runner for Best Picture, Carter’s performance has largely been ignored. She gave a beautifully subtle performance, something she’s not usually known for. Perhaps it’s because we’re so used to seeing her with a crazy wig and weird teeth. I’ll admit to being surprised by her performance in this film. I loved Lady Jane and A Room with a View, but I’d almost forgotten them after years of Bellatrix Lestrange-type roles. This one may be a bit too quiet to nab the award.

Jacki Weaver is an Australian actress that few people in the United States are familiar with. In her home country, she is, according to the Australian prime minister, “a national treasure.” In Animal Kingdom, she plays Janine “Smurf” Cody, the head of a crime family shooting their way out of a police takedown. She gives a tour-de-force of a performance, though few people have seen it. Let’s hope this paves the way for more films done state-side. Seriously, what do they put in the water over there? 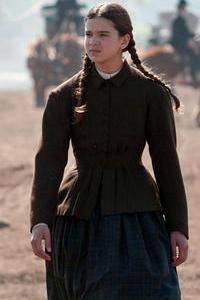 Finally fourteen-year-old Hailee Steinfeld, who is up for her role in True Grit. Allow me to get angry for a moment…in what way is her role in this film “supporting?” This young woman blew us all away with her performance as the lead! Now, it’s hardly news that people are often put up for a supporting nod if they don’t feel like they could win in the Best Actress category. The fact is, she’s unlikely to win anyway. She’s young and she’s up against some pretty heavy hitters. But she absolutely deserves to be up for Best Actress. It’s Jeff Bridges who was supporting. Alright, off my soap box now.

So what do you think of the women up for an award? Let us know below. And stay tuned for Best Supporting Actor tomorrow.

11 mins ago
by Giovana Gelhoren