Are you super excited for the new Britney Spears CD? Do you miss her crazy days? (We’re talking about beating a car with an umbrella, not dancing around with a snake. Thought I should make that clear!) Well, Spears has just tweeted a clip from her new song, I Wanna Go. 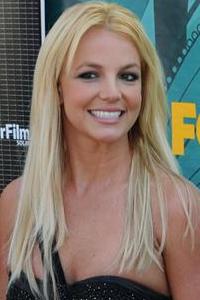 Oh yes, she’s back. Britney Spears has a new album coming out. You probably know this since she’s been releasing teases for a while now. Femme Fatale drops on March 29 and so far it’s pretty dance heavy.

Last week, she released the video for Hold It Against Me and Twitter made all sorts of dirty jokes about the name. She released a tease clip of Inside Out a few days later. Today she tweeted a link to a 29-second clip from her new dance number I Wanna Go.

The song was written and co-produced by Shellback who worked with her on If U Seek Amy and 3.

So have you guys heard it yet? Have you missed Miss Brit or are you bored with her? She did give us a pretty spectacular breakdown.

We tease with love, Britney. Welcome back.

34 mins ago
by Alyssa K. Davis