Police are mulling over charges against a teen student at Oprah Winfrey’s South African school after a baby was found dead in a plastic bag. 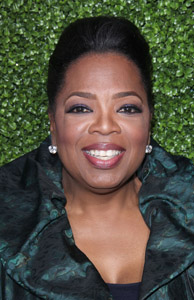 A 17-year-old South African student may face charges after a dead newborn baby was found in a plastic bag at the Oprah Winfrey Leadership Academy for Girls.

According to Johannesburg police, the teen gave birth at the school and was brought to the hospital for excessive bleeding. The body of the infant was later found in a plastic bag filled with bloody clothes that the teen had brought with her.

Local police Captain Shado Mashobane said the student “gave birth to the baby at the school, but we can’t confirm what happened to it.”

“A case of concealment of death is being investigated,” he said, adding that the cause of death had not yet been determined.

A spokesperson for Oprah says the media magnate prefers not to comment on the case because it involves a minor.