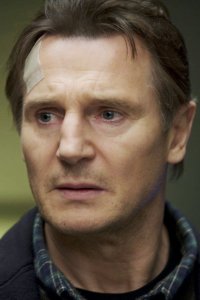 The kids get a three-day weekend from school for President’s Day and that means the box offices were busy this weekend — not as busy as last year, but enough to give the Liam Neeson thriller Unknown the top spot. Neeson’s psychological thriller debuted at number one with an estimated $21.8 million. Coming in behind Unknown was I Am Number Four with $19.5 million. The adorable tale of Gnomeo and Juliet stayed strong with a number three showing at $19.4 million.

Jennifer Aniston and Adam Sandler’s comedy Just Go With It nabbed the number four spot with $18.2 million while the Martin Lawrence sequel Big Mommas Like Father, Like Son rounded out the top five with $17 million.

We’re not really surprised that the Justin Bieber flick Never Say Never dropped to number six with an estimated $13.6 million. It peaked fast and has a gross total of $48.7 million. Oscar favorite The King’s Speech came in at number seven with $6.5 million, bringing its winning total to an estimated $103.2 million.

The Roommate came in eighth this President’s Day weekend with $4 million. The Eagle fizzled with $3.5 million and rounding out the top ten was Natalie Portman and Ashton Kutcher’s hit No Strings Attached with an estimated $3 million.

12 mins ago
by Giovana Gelhoren