Nicole Kidman opened up to the Australian 60 Minutes about her painful struggle with infertility and how she desperately wanted another child. 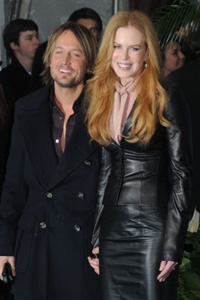 Nicole Kidman and her husband Keith Urban are happy parents after just welcoming a baby December 28 via a surrogate or gestational carrier. Kidman, 43, revealed that her struggle to conceive a second child has been difficult and that she “had a roller coaster ride with fertility.”

Besides their newest addition, baby Faith, they are also the parents of Sunday, whom Kidman gave birth to two years ago. She also has two adopted children with ex-husband Tom Cruise. She had a miscarriage shortly before the couple divorced.

“Anyone that’s been in the place of wanting another child or wanting a child knows the disappointment, the pain and the loss that you go through trying and struggling with fertility,” Kidman told Australia’s 60 Minutes. “Fertility is such a big thing, and it’s not something I’ve ever run away from talking about.”

After giving birth to Sunday, Kidman said she struggled with getting pregnant again so she and Urban decided to use a surrogate. “We were in a place of desperately wanting another child. This opportunity arose for us, and I couldn’t get pregnant.”

After announcing the birth of baby Faith, the couple expressed their gratitude to their surrogate. “No words can adequately convey the incredible gratitude that we feel for everyone who was so supportive throughout this process, in particular our gestational carrier.”