Big Mommas Like Father, Like Son has arrived and Martin Lawrence’s sidekick in the third installment of the Big Momma franchise is up-and-coming star Brandon T. Jackson who plays the stepson of Lawrence’s FBI agent. When Jackson witnesses a murder, the duo must go undercover to stay alive. Lawrence breaks out his Big Momma costume again and introduces Jackson to his new alter ego, Charmaine.

Brandon T. Jackson is ready for the spotlight that Big Mommas Like Father, Like Son will bring him. In the film, he raps, dances and charms opposite a comedy king in Martin Lawrence. 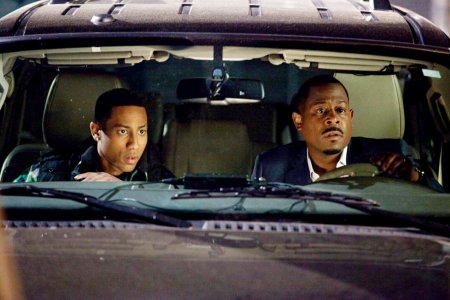 But it is his starring role opposite Lawrence in Big Mommas Like Father, Like Son that should show audiences a whole new side of Jackson. Working opposite a comedy maestro in Martin Lawrence, the actor was equally humble and affable when we caught up with him for an exclusive video interview at the Luxe Hotel in Hollywood.