Meeting Martin Lawrence on the night his latest film, Big Mommas Like Father, Like Son, premiered was a thrill. There is no question the man is a talent unlike any other. Lawrence’s unique delivery, his ability to transcend his characters and his star wattage are why he continues to draw people to movie theaters.

After being blown away by the talent of Martin Lawrence as the star of his own show — Martin (1992 to 1997) — and in his string of box office smashes from House Party, Bad Boys, Bad Boys 2, National Security, Nothing to Lose, College Road Trip, Welcome Home Roscoe Jenkins, Death at a Funeral and Wild Hogs to the Big Momma series, it is clear Lawrence is a comic goldmine. 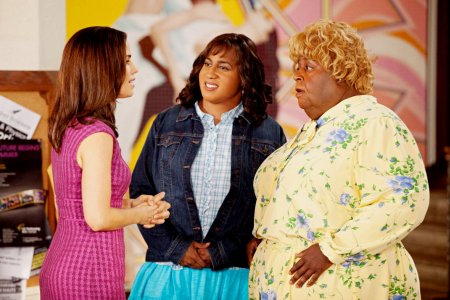 Martin Lawrence is back onscreen in Big Mommas Like Father, Like Son and we caught up with the superstar at the Luxe Hotel in Hollywood for an exclusive video interview.

Lawrence talks about what inspired him to greatness (hint: initials RP), why he thinks audiences adore Big Momma and the…well, biggest challenge to creating and bringing the character of Big Momma to the big screen.