Halle Berry and Carla Gugino are the latest additions to the New Year’s Eve cast. Is Halle Berry reprising the role she abandoned in January? 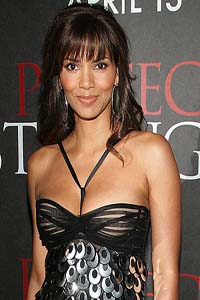 Things are starting to look up again for Garry Marshall’s New Years Eve: He just confirmed that Halle Berry and Carly Gugino have joined the cast of the star-studded film.

This news comes just two weeks after Berry abandoned her role to deal her custody battle against ex-boyfriend Gabriel Aubry. Berry’s previous role went to Kathrine Heigl after her exit – but don’t worry, Heigl didn’t get the boot. She’ll continue in that role and Berry will now play a nurse.

Gugino is set to take on a role as a doctor in the film. Gugino, best known for her role in the recent Every Day, rounds out a cast that includes Robert DeNiro, Ashton Kutcher, Lea Michele, Jessica Biel, Alyssa Milano, Zac Efron and SNL’s Seth Meyers, among other Hollywood heavyweights.

Excited? So are we.

The film focuses around the intertwining lives of a group of New Yorkers over the course of one New Year’s Eve (hence the name!)

We’re really looking forward to the movie – but we’ll have to wait awhile longer to see it in theaters. It’s filming now and is set to hit a screen near you in December 2011.

Are you excited for New Year’s Eve?