The “I” in I Am Number Four is Alex Pettyfer and it is his time to shine. The pop culture world has been buzzing for years about the actor since he first appeared on screen in Stormbreaker. 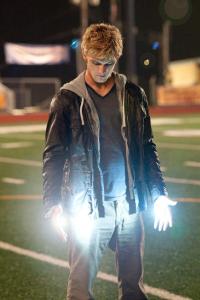 A native of the UK, Pettyfer is happy to now call Los Angeles home. After audiences get a look at him working his magic in I Am Number Four, Alex Pettyfer will be a household name.

Incredibly handsome and equally as talented, Pettyfer’s turn in I Am Number Four will surely resonate with moviegoers as the film leaves us wanting more adventures. (Don’t miss our review premiering February 18.) In I Am Number Four, Pettyfer stars alongside Dianna Agron, Teresa Palmer, Timothy Olyphant and Callan McAuliffe, a stellar cast to say the least.

I Am Number Four is the story of a young man who is discovering his destiny in surroundings that he was not meant to occupy. Number Four, as embodied by Pettyfer, goes by the name John Smith in the film as he tries to blend in as a normal American teenager. Only thing is he is anything but normal. John/Number Four is an alien who was sent to earth as a baby when his home planet was destroyed by one of film’s more menacing bad guys — the Mog.

Nine babies with special abilities were rocketed off the planet before it was destroyed. The Mog commander and his band of evil-doers have followed them to Earth and have been tracking them ever since. They must kill them in order of their names (thus John’s moniker of Number Four) or each prodigy’s powers will be too strong to be extinguished.

Inside I Am Number Four

When the film begins, One, Two and Three have been killed. Number Four is clearly next.

Pettyfer sat down with SheKnows exclusively for a video chat along with the film’s director D.J. Caruso. Pettyfer dishes his feelings as the spotlight on him is about to get a whole lot brighter with his role in I Am Number Four and the lead in the March 11 release, Beastly — opposite Vanessa Hudgens. 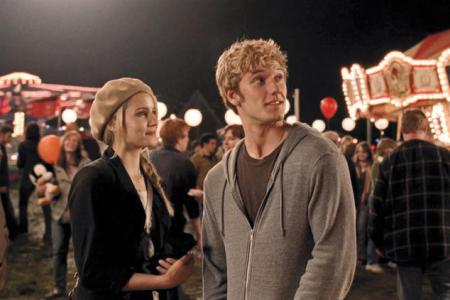 I Am Number Four director Caruso also gives us an exclusive look at how Number Four made it to the big screen and why, he too, sees big things for his movie’s star.