A new witness could prove that Lindsay Lohan is being accused of trumped-up charges, says her father. 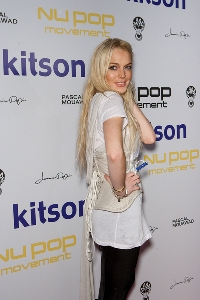 Michael Lohan says he has proof that the necklace Lindsay Lohan is accused of stealing is worth far less than $2,500 — meaning Lindsay should not be charged with a felony.

“A man contacted Lindsay’s camp and told them he went into the jewelry store way before Lindsay did and was interested in buying the necklace,” Lindsay’s dad Michael Lohan told RadarOnline.

According to California law, in order to be charged with felony theft the item in question must have a fair market value of over $950. The jewelry store says the necklace Lindsay allegedly stole is worth $2,500. TMZ asked several other jewelry experts to estimate the worth of the piece and they all agreed it was massively overpriced for the materials and quality.

“This witness will completely exonerate Lindsay and prove that the necklace isn’t worth $2,500, and prove that she shouldn’t have been charged with a felony,” Lohan said.

Felony or misdemeanor, Lindsay is adamant that she did not steal the necklace — she insists it was loaned to her.