The Academy Awards are just a few short weeks away and an all-star lineup, including Tom Hanks, Cate Blanchett and Reese Witherspoon, will be on hand to open the envelopes. 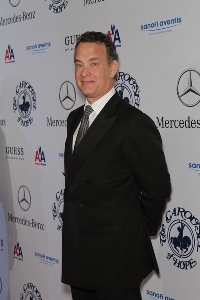 With only two weeks away until the envelopes are opened, the presenters listed for the 83rd Academy Awards are shaping up to be a who’s-who of Oscars past. So, who will be lucky enough to grace the Oscar stage and reveal the biggest film honors of the year?

Past Academy Award winners Tom Hanks, Cate Blanchett, Reese Witherspoon and Marisa Tomei have been tapped to take part in Hollywood’s biggest night and present an Oscar to its rightful winner.

Also scheduled to appear are past nominees Annette Bening, Robert Downey Jr. and Jude Law. Robert Downey Jr. was a presenter at this year’s Golden Globes, where he pointed out a few issues with Ricky Gervais’ hosting material.

In Oscar performance news, Gwyneth Paltrow will once again take the stage. The Oscar winner is slated to perform the Oscar-nominated song Coming Home from her hit movie Country Strong. Paltrow has had quite the year musically, making the rounds on Glee and collaborating with Cee-Lo Green.

Will The Social Network pull an upset or will The King’s Speech reign supreme? The Academy Awards will be presented on February 27 so don’t miss a moment of SheKnows’ complete Oscar coverage. We’ve got you covered from the winners to the red carpet style.