The Bachelor celebrated Valentine’s Day with the final six girls, but were Britt and Michelle feeling the love from Brad? Read on to find out. 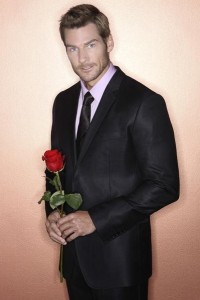 The Bachelor is down to the final six on this special Valentine’s Day. With only one week left until the final four head home to introduce Brad Womack to their families, the nerves kicked in. This week’s episode came down to three individual dates and one group date. The catch? Only one rose was given out during the dreaded free-for-all group date while not a single rose was allowed during the individual dates — thanks for enlightening us with those new rules Chris Harrison.

Are Brad Womack and Emily not the cutest couple on The Bachelor?

This week, Bachelor Brad whisked Emily off to an island where they chatted about her daughter Ricki and Brad’s hopes of meeting her. The couple even witnessed the sun and moon in the sky at the same time while they frolicked in the ocean. We don’t think there’s a person in America not rooting for these two. They look so in love. The only awkward moment was Brad’s obvious nerves. After lots of smooching and a fabulous dinner, he all but guaranteed her a rose at the episode’s end.

Brad and Shawntel took in an afternoon farmers market and get this — they met up with a “lady” who claimed they needed to tell their parents when they wanted to be married. Something was weird about that. They ushered in the evening with a fantastic dinner and dip in the ocean. There’s a connection, but we’ll see where this goes.

Brad and Britt’s names are kind of nice together, but that’s about it. Even a yacht and cliff diving can’t save these two from falling over the edge from boredom. Brad let Britt down easy during the date, giving her the “I just don’t feel it” speech. She was sent home immediately.

Michelle (yuck), Ashley and Chantal embarked on their group date. Honestly, Emily should just win and call this whole charade off. Everyone else just pales in comparison. Anyway, the girls are surprised with a Sports Illustrated photo shoot — swimsuit edition! This evokes three things: Chantal feels fat, Ashley cringes over her flat chest and Michelle just feels too sexy for everyone. They all do their best. Michelle takes it a bit too far with an on-set make-out session which comes back to bite her. At the pool party after the shoot, Ashley gets a rose.

You already know Ashley has a rose and of course Emily was promised one, so who else is heading to a hometown date? Shawntel and Chantel comprise the rest of the final four. One surprising detail emerged from the episode. Michelle offered no dramatic exit! It was kind of a letdown to see the craziest chick of the bunch exit by lying down in the limo and spacing out.

Well, there you have it, The Bachelor final four: Emily, Chantal, Shawntel and Ashley. Check out The Bachelor next week when the girls bring Brad Womack home to meet their families.