Kim Kardashian and Paris Hilton have healed the rift in their friendship after four years of feuding. 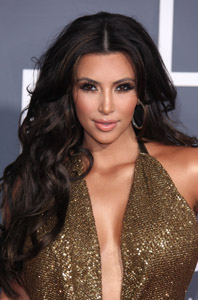 Kim Kardashian recently told Bazaar that after nearly a lifetime of friendship, she and Paris Hilton had a BFF breakup four years ago. The two hadn’t been seen together since, but Kim ran into Paris at a post-Grammy party thrown by Interscope Records and they appeared to kiss and make up!

In the interview, Kim explained the rift like this: “We had so much fun… I had never traveled the world like that. It was so neat, all the things we did. I think I learned a lot from her.”

“We don’t really talk… everyone comes into your life for a reason, a season, or a lifetime.”

“She was in my life for a long time,” Kim said.

A spy said the two looked pretty chummy at the Grammy party, though. “Kim approached Paris. Paris was with her mom, and sister, Nicky,” a source told RadarOnline. “Paris and Kim warmly embraced and genuinely seemed happy to see each other, which seemed to surprise fellow party-goers.”

“Kim wished Paris a happy birthday, and Kim complimented Paris on her outfit. Paris also complimented Kim and thanked her for the kind things she said about Paris in the Harper’s Bazaar interview.”

Paris told RadarOnline, “I’m really happy for Kim. I wish only the best for her. Kim is very successful, and I hope that continues for her.”

Isn’t it nice when BFFs reunite?