The results are in and the big winner at the British Academy of Film and Television Arts awards (BAFTAs) is The King’s Speech. Held this year at London’s Royal Opera House, the BAFTAs were hosted by British TV personality Jonathan Ross and awarded a varied bunch including Black Swan, Toy Story 3 and a special award for the Harry Potter films. 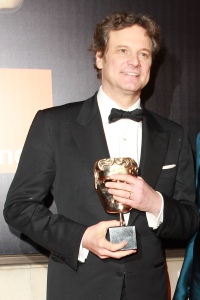 Up against Black Swan, Inception, The Social Network and True Grit, The King’s Speech swept the BAFTAs, winning seven awards including the sought-after Best Film award.

Natalie Portman won Leading Actress for her role in Black Swan while The Social Network won three BAFTAs including Best Director for David Fincher. Two awards also went to Alice in Wonderland for Costume Design and Make Up and Hair.

Toy Story 3 took home the prize of Animated Film. Inception won Production Design, Sound and Special Visual Effects. Cinematography went to True Grit and the Best Film Not in the English Language BAFTA went to The Girl with the Dragon Tattoo.

The Outstanding British Contribution to Cinema award was received by J.K. Rowling and David Heyman on behalf of the Harry Potter films.

The Orange Wednesdays Rising Star Award was presented to Tom Hardy, star of Inception and Bronson. This award is the only one voted for by the public. It recognizes an international actor or actress who has demonstrated exceptional talent. This award, now in its sixth year was created in honor of Mary Selway, a highly respected casting director who passed away in 2004.

The BAFTA Fellowship Award was presented by Tim Burton to 88-year-old Sir Christopher Lee, an actor and musician best known for his role as Dracula in the Hammer horror films. It’s the highest accolade that BAFTA can award and is given to recognize lifetime achievement. Burton was visibly moved when Lee said he was one of the great directors.

An “In Memoriam” clip tribute was given to Pete Postlethwaite, as the English stage and film Oscar-winning actor passed away on January 2, 2011. Postlethwaite had been nominated posthumously in the Best Supporting Actor category for his role in The Town.

The Oscars are scheduled for Sunday, February 27, a short two weeks away. SheKnows is wondering how the BAFTA results will affect the outcome of the Oscars.

Who do you think will win?