America likes to talk ball games, but the Westminster Kennel Club Dog Show is a 133-year-old competition, which means it pre-dates the invention of basketball and the establishment of the World Series — not to mention light bulbs, the automobile, the Brooklyn Bridge and the Washington Monument! 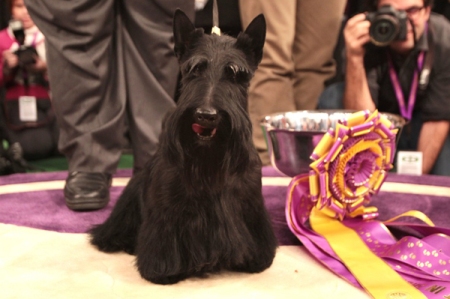 Dog lovers on the West Coast may want to avoid the Westminster Kennel Club website after 5 p.m. PST Monday and Tuesday, when results (aka spoilers!) will be posted.