The Grammy Awards party this Sunday promises one amazing lineup, and as usual, some interesting pairings. Highlights include Dr. Dre with Eminem and Adam Levine, Justin Bieber and Usher with Jaden Smith, Drake & Rihanna, Mick Jagger with Raphael Saadiq and Bob Dylan with the Avett Brothers & Mumford & Sons — and let’s not forget Barbra Streisand! 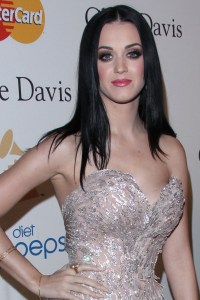 The 54th Annual Grammy Awards are ready to rock the world, not just the US, this Sunday, February 13, with an incredible lineup of talent.

The 2011 Grammys show will continue the tradition of blending some interesting acts together. Yolanda Adams, Christina Aguilera, Jennifer Hudson, Martina McBride and Welch will team up for a special Aretha Franklin segment. Nominees Bieber and Usher will take the stage with Jaden Smith. Other performance teams include nominees B.o.B, Bruno Mars and Janelle Monae; nominees Drake and Rihanna; nominee Cee Lo Green, with Gwyneth Paltrow and the Jim Henson Company Puppets; Mick Jagger with Raphael Saadiq; and Spalding performing with members of the Grammy Jazz Ensembles and Grammy Camp.

The 53rd Annual Grammy Awards show takes place this Sunday, February 13 at the Staples Center in Los Angeles and will be broadcast in HD and surround sound on CBS from 8 p.m. to 11:30 p.m. (ET/PT). The show also will be supported on radio worldwide via Westwood One, and covered online at Grammy.com, CBS.com and YouTube. The Awards Pre-Telecast Ceremony will take place from 1 p.m. to 4 p.m. PST at the LA Convention Center and will stream live internationally on Grammy.com and YouTube.

Place your bid for the Grammy Experience

If this lineup has you as excited as it has SheKnows, you may want to jump in on the Grammy Charity Online auctions, which are open through February 24.

If you have deep pockets, go for the Grammy Awards VIP Experience for two, which includes Platinum-level tickets, Celebration tickets, rehearsal passes and 2012 MusiCares Person of the Year tribute tickets; a private guitar lesson with Orianthi, recording artist and guitarist in Michael Jackson’s This Is It; and official Grammy merchandise autographed backstage at the 53rd Grammy Awards rehearsals and telecast by celebrity participants.