Siobhan Fallon’s debut novel, You Know When the Men Are Gone, is a deeply moving and hard to put down book about life on an American military base. We were so entranced with the book, we’ve selected it as our February Book of the Month. 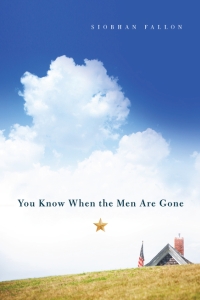 The Lifetime series, Army Wives, has given us a glimpse into the lives of military families. With this amazing debut novel, we get to go even deeper. Inspired by her own experience as an army wife living at Fort Hood, Texas, Fallon delivers a painfully truthful and gritty series of interconnected stories – each section is a character study highlighting different men and women at Fort Hood – about the lives of soldiers and their families.

You Know When the Men Are Gone

With compassion and stunning honesty that only comes from first-hand experience, Fallon’s stories take readers inside the homes, marriages, families and minds of those in our society that deal daily with the emotional consequences of our ongoing wars. At times, the stories are so personal and emotional, you feel like these young wives do – hearing everything through the paper thin walls of housing, even details of other people’s lives you don’t want to.

As in civilian and suburban life, there’s spouses cheating, health scares, angst-ridden teens, financial stresses and mishaps with the law, but these situations are heightened here because loved ones are 5,000 miles from home and in harm’s way. Everything teeters on when the men are gone and when the men return.

In You Know When the Men Are Gone, readers get glimpses into several lives of those living on an army base. We meet an army wife being treated for breast cancer who is shaken up when her teenage daughter turns hateful and goes missing along with her younger brother; another about a marriage threatened when a wife on base finds an email alluding to infidelity during her husband’s tour of duty in Baghdad and she can’t confront him until he’s home; and yet another story of an uneasy reunion between a wounded 21-year-old soldier and his young wife, who barely knew him before he left.

In one of the most compelling chapters, an intelligence officer who fears that his wife is unfaithful secretly breaks into his own home and occupies the basement for days, peeing in an empty plastic bottle, keeping silent watch. Soon he finds out if his wife is guilty or innocent. 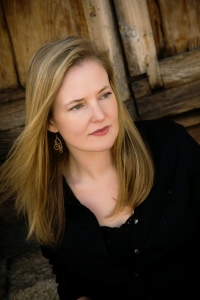 It’s hard to believe that America’s involvement in Iraq and Afghanistan is approaching the ten-year mark, and Fallon’s book reveals much that we should know but don’t relating to the hidden costs and casualties of these conflicts – and I don’t mean lives, but relationships, marriages, families broken up, sanity of the men and women, hope of the soldiers and wives.

“While You Know When the Men Are Gone is a work of fiction, I hope that I was able to reflect the spectrum of the current army-family experience. There are so many more stories that I wished I had written: There are so many spouses who continue to inspire me with their constant support of their soldiers,” wrote Fallon in the author’s note of the book. “They are independent, patient, fearless, remarkable men and women, and I am grateful to be a part of their community.”

Fallon’s book entrances because of her amazing skill as a storyteller in making each character, each story line, each chapter so real and utterly compelling — it is a fascinating look at the strange world of a military base when the men have left, and the even stranger world when they suddenly return and everything on the line in between.

To find out more about the author and the book, visit Siobhan Fallon’s website.