Jennifer Hudson is finally speaking about the terrible tragedy her family suffered in 2008. Hudson recently told Oprah Winfrey about coping with the shooting deaths of her mother, brother and nephew and where she goes from here. 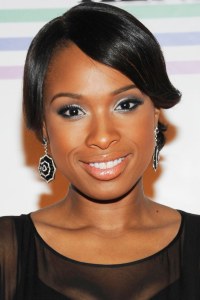 Her mother, brother and nephew were found shot to death. Her sister’s estranged husband has been charged with the shootings. Hudson recently sat down with Oprah to discuss the tragedy. She said, “It’s such a shocking thing and it’s a lot to take in.”

The Oscar-winning actress and singer broke down when Oprah asked her how she’s coping. She said, “It’s a very emotional subject,” explaining that her family, her faith and her baby are getting her through.

She said that she feels like it’s their lessons that carry her through. “I keep holding on to things that they taught us. My mother and even my brother — I can hear him saying to me, ‘Just knock it off.'” She continued, “My mother right now would say to me, ‘Why are you always crying? Stop crying. You’ve got to keep going.'”

Hudson first appeared on the scene as a contestant on American Idol where Simon Cowell famously told her she was “out of her league.” Really Simon? Because Hudson went on to win a Best Supporting Actress Oscar for her role in the 2006 film Dream Girls.

Hudson is remaining positive. She said, “The only thing I can do to honor their memory is to make them proud. I keep thinking, ‘Would my mother like this or that, would she want this?'” This is one strong lady. Hudson will next be seen in Winnie, the story of Winnie Mandela, which is currently in post-production.