Not since peanut butter and jelly has there been a collaboration as explosive as Eminem and Dr. Dre. The duo is taking over the Grammy stage for what is sure to be a standout duet. 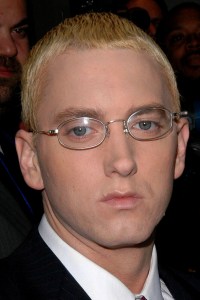 For some reason we can’t help but get excited when we hear anything and everything about Eminem — he just never lets us down. The latest news in regards to a special duet with Dr. Dre at the Grammy Awards is no exception. They’re taking it from the studio to the stage, people!

According to The Hollywood Reporter, Eminem and Dr. Dre are scheduled to hit the Grammy stage together on February 13 for a live duet. Not only does the reunion mark a special performance of epic proportions for fans, it marks the first time Dr. Dre has thrown down on live television in 10 years! This could serve as the Grammy breakout of the night.

Dr. Dre is also a Grammy nominee for his role as producer on Eminem’s spectacular album Recovery. He’s also dropping a new studio album called Detox in the spring, which will mark his first since 1999. We’re definitely waiting in anticipation to see how fans respond to new Dr. Dre material.

Eminem??? ?isn’t showing up to the Grammy Awards without a few nods himself. The rapper seems to get nominated left and right but you don’t hear the pandemonium from fans compared to someone like Justin Bieber. Eminem’s fans are different and so is Eminem — he just shows up and wins. He’s up for 10 awards this year including top honors for record and album of the year.

Check out t?he Grammy Awards,?? featuring a duet by Eminem and Dr. Dre, on February 13.