There was a breakout of Bieber fever yesterday in Los Angeles and SheKnows was on the Never Say Never premiere purple carpet and talked to a bevy of A-list stars and the man himself — Justin Bieber. 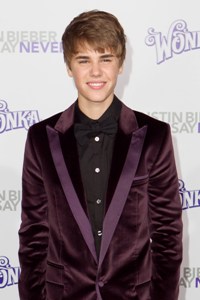 The Never Say Never premiere was a who’s-who of Hollywood’s finest including Will Smith (with wife Jada Pinkett Smith and kids Willow and Jaden), Usher (who brought his two little sons) and fellow teen Miley Cyrus who walked the carpet showing her support for Justin Bieber and his first foray into film.

SheKnows worked the carpet and we bring you an exclusive look at the scene from the screaming (and crying) girls to our chats with Justin himself, as well as his wickedly smart manager Scooter Braun, the songwriting team behind Bieber’s hits and the director of the film, Jon M. Chu.

Also stopping by to talk was Modern Family’s Rico Rodriguez, plus a few Disney Channel stars that sent the crowd into a frenzy.

The estimated 4,000 fans that turned out to cheer on Justin Bieber for his big Never Say Never premiere were not disappointed. The music sensation, as soon as he arrived at L.A. Live, jetted across the street to pass out 200 tickets to the movie’s premiere showing inside. Yes, just another example that Justin Bieber is the real deal.

So sit back, relax and enjoy a first-hand account of the madness that was the Justin Bieber Never Say Never premiere. Don’t worry, you won’t need earplugs from all the screaming girls, we took care of that for you!