Mr. Sunshine premieres on ABC tonight and Valentine’s Day comes early with romantic laughs on Modern Family, The Middle and Better with You.

First on The Middle, Frankie (Patricia Heaton) is over the moon when Axl asks her for help picking out the perfect Valentine’s gift for a mysterious new girl. The more Frankie learns about the “girl,” however, the more concerned she becomes, leaving her torn between basking in her son’s attention and speaking her mind. Sue also has her eye on a guy. Nothing will stop her from tracking down her Halloween kiss for some V-day romance. Unlike his sibs, shy Brick decides to keep his crush on the down-low, but Mike lets Brick’s feelings slip at a school event. 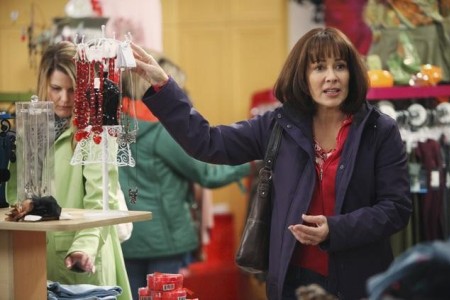 On Better with You, the girls chip in to help Mia at work, while the guys tell Casey to play it cool on his first Valentine’s Day with Mia. Joel doesn’t want the bar set too high, but Casey refuses to dump his big plan. Inspired by Casey’s romance pep talk, Ben decides to go big for Maddie this year, as well, which leads competitive Joel to push the limits. As always, he’ll pay any price for a win and lands a performance from singer/pianist Michael Feinstein.

Then, with Cougar Town on hiatus, Matthew Perry’s wacky new comedy Mr. Sunshine premieres at 9 p.m. The Valentine’s theme is put aside to introduce the oddballs at the Sunshine Center arena in San Diego.

With the arena floor still frozen from last night’s hockey game, the circus is coming to town and an elephant is lost in the building. As manager, Ben (Perry) tries to get his operations crew, “the Steves,” to handle this, while also getting his inappropriate and unpredictable boss Crystal (Allison Janney) through a press conference and finding a job for her clueless son, Roman (Nate Torrence). Ben is also treading lightly with his new assistant (Portia Doubleday), a sweetheart who once lit a boyfriend on fire.

Ben is used to the arena’s brand of curious mishaps and bizarre requests, but his fortieth birthday brings up new issues. The superficial and self involved guy is realizing he doesn’t want to be alone anymore. His friend with benefits Alice (Andrea Anders) is ready for a relationship, but before he can get there, she decides to get serious with painfully happy Alonzo (James Lesure), a failed basketball player who can’t see the negative in anything. 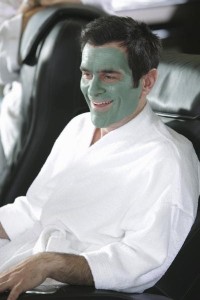 It’s too little too late in the romance department, but Ben’s revelation pushes him to start opening up to his cast of goofballs. Lost alum Jorge Garcia guest stars in the first few episodes.

At 9:30 p.m., it’s back to Valentine’s shenanigans on Modern Family. Phil and Claire try to stay positive when they can only land an early bird dinner reservation, but Claire can’t take it. She pulls out their Clive and Juliana alter egos for some sexy role-playing instead. Chances are that will go about as smoothly as it did last V-day, and not just because Clive uses the worst lines in history. Meanwhile, Jay plans an elaborate surprise for Gloria, only to have it backfire, and Mitchell’s assistant has a serious crush that comes between him and Cameron.