Never Say Never is a must-see for families everywhere and here’s why. The Justin Bieber story is a universal one and as such, will inspire anyone and everyone. It doesn’t hurt that his songs are extremely catchy, the Bieber persona compelling and the passion his fans possess is contagious. Yes, I believe this is a huge moment: We have Bieber fever.

Justin Bieber rocketed out of a town of just over 30,000 people in Canada to achieve status as one of the biggest pop stars on the globe in 2011. 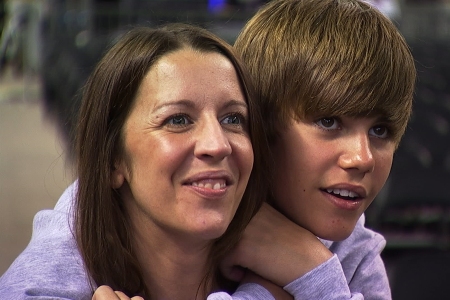 Never Say Never takes audiences back to the beginning by showing us the end so as to powerfully propel viewers through the uplifting Justin Bieber freight train that is his first foray into film. The end game of Never Say Never is established at the beginning of the film: No musician is considered a superstar until they sell out Madison Square Garden.

Justin Bieber’s just announced MSG concert will be the film’s make it or break it moment. Then, we learn Bieber has sold out the arena in just over 20 minutes. Regardless of whether the performer is 16 or 60, enter the nerves! 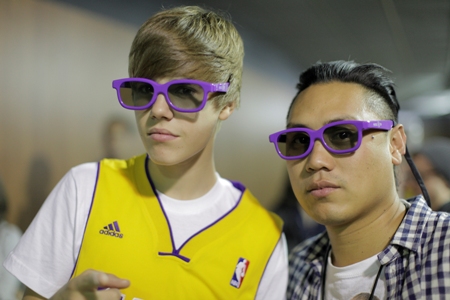 The title of the film, Never Say Never, comes from Bieber’s smash hit from summer 2010. When sorting through names for the film, the creative team even chose the title correctly to match the ferocity of the experience on screen. When Justin is about to hit a Providence stage, there is the appearance of Jaden Smith, who raps on the track and stars in the film that the song is the theme to: The Karate Kid.

Jaden Smith doesn’t want to take the stage with Bieber to perform Never Say Never a night earlier than planned because his parents, Will Smith and Jada Pinkett Smith, are flying in to New York to see him on stage for the first time in his life at Madison Square Garden. Justin agrees. Unlike most teenagers who may have pushed their friend to take the dive, Bieber does the opposite. If Jaden performs with Justin in Providence, his parents will miss his first live performance. That means too much to him. The scene is simply another in the film where Bieber establishes himself as a potential leader of his generation of superstars who have an adoring public, yet still stay completely grounded.

It is in that exact vein that Never Say Never is the perfect family film. Viewers also see the support that Justin’s parents have given him — especially his grandparents. The powerful relationship between Justin and his grandfather is particularly touching.

We meet neighbors and the “village” that raised Justin Bieber. When Justin goes home at one point in the film post success, this point is driven, well, home. Without the millions of adoring fans, audiences are allowed to see in Chu’s film that Justin Bieber is simply a 16-year-old teenager playing basketball with friends and enjoying the company of his family. Also, one who still has to make his bed. 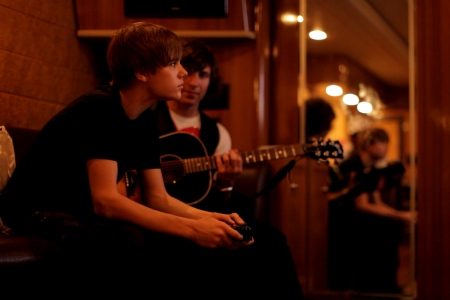 Considering everything Justin Bieber had gone through to reach the film’s final moments — playing Madison Square Garden — every soul in the film’s audience will pull for him to take the stage for the night of his life.

His Madison Square Garden show is a triumph, as is Never Say Never.

In the end, regardless of the subject matter, Never Say Never is an inspiring story. Yes, Justin Bieber is 16 and many may ask, “How much can a 16-year-old inspire?” The answer is an enormous amount. Cameras follow the singer as he crosses the nation showcasing his talent to ever-growing crowds outside of radio stations while DJs inside have to be individually convinced to play Bieber’s songs.

That tenacity is uplifting to see on film, regardless of whether it’s Rocky Balboa, Rudy or Justin Bieber.