Regardless of what her baby daddy might believe, Halle Berry says her baby is black. 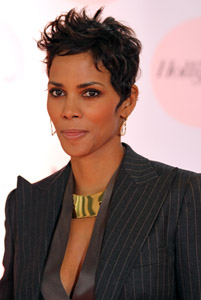 Of the ugly rumors swirling around the Halle Berry custody war, the ugliest may be that Gabriel Aubry becomes enraged when anyone implies their daughter Nahla is anything but as purely white as the driven snow.

In an interview with Ebony, Halle Berry made her own feelings on the subject of little Nahla’s mixed racial heritage perfectly clear — in her mom’s eyes, the baby is black.

“I’m black and I’m her mother, and I believe in the one-drop theory.”

If you’ve forgotten your high school history lessons, the so-called one drop theory refers to an old law that classified anyone with as little as a single African ancestor as black.

“If you’re of multiple races, you have a different challenge, a unique challenge of embracing all of who you are but still finding a way to identify yourself, and I think that’s often hard for us to do,” she said.

Although it is unclear if the interview took place before or after the rumors of Gabriel’s racist views came to light, the intent seems perfectly clear: Halle will pull out the big guns to win this battle.