Keith Olbermann recently announced that he resigned as host of his show, Countdown, and would be leaving MSNBC. So where do you go after something like that? Current TV! 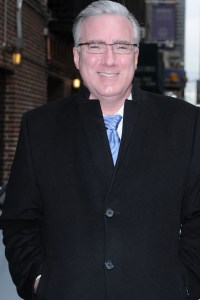 TV personality Keith Olbermann had a bit of a problem. His relationship with MSNBC became strained after he was suspended in November because of a political contribution issue. A month ago, he announced he’d be leaving the network and his popular show Countdown. If you’ve been following Keith on Twitter, you’ve seen the cryptic messages on his Twitter page like, “Watch this Space.”

Well, now we know why.

Olbermann has just announced that he’ll be heading to Al Gore’s Current TV. He’ll be hosting a primetime news commentary show that will debut in a few months. He will also serve as chief news officer and have an equity stake in the Al Gore-owned Current Media.

The MSNBC network reaches 85 million homes, whereas Current TV only airs in 60 million. If Olbermann can bring his Countdown fans to his new show, he will certainly give that network a boost.

So are you going to watch? Let us know below.