“There is something magical about thousands of Gleeks coming together to share a special night with our cast, and this tour is one way we can thank them for their unbelievable support from the beginning,” said showrunner Ryan Murphy. 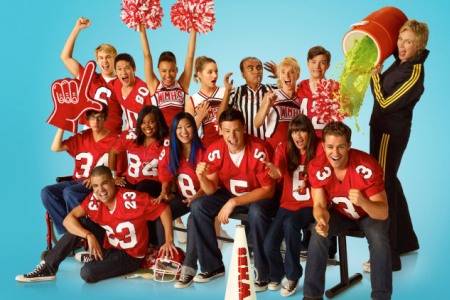 “Joining the cast this year has been like hopping on a fast-moving train,” chimes in Chord Overstreet. “I have already had so many incredible experiences, but the chance to perform live on stages across the US, Canada and Europe takes the cake. This is too cool.”

The newly announced North American portion of the tour will come before Europe and kicks off on Friday, May 21 at Mandalay Bay in Las Vegas.

Fans can expect to hear Glee classics like Empire State of Mind, Toxic, My Life Would Suck Without You, It’s My Life, and the show’s anthem, Don’t Stop Believin’.

“Joining the cast of Glee has been an amazing, rewarding and humbling experience,” Darren Criss raves. “On top of all of that, I’m fortunate to play such a strong and interesting character like Blaine that speaks volumes to fans. Now I have the chance to perform for thousands of them this summer, and I couldn’t be more excited!”