Most of you watched the Super Bowl this weekend instead of hitting movie theaters. Ironically, for some of you, the draw was the zillion movie trailers that premiered during the show. So who won the weekend box office? Did The Roommate take the day besides some of the worst reviews I’ve ever read?

Critics had a pretty good idea that the Single White Female copy, The Roommate, wasn’t going to be stellar. It’s rarely a good sign when a film isn’t screened for critics. Despite this, the Minka Kelly-Leighton Meester film took the top spot this weekend. Sanctum, the James Cameron-produced survival horror film, came in at number two. The film is a thrill ride, but don’t see it if you’re claustrophobic. It made me want to sleep on my porch. 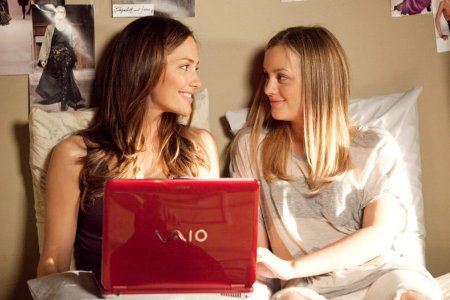 No Strings Attached, the Natalie Portman-Ashton Kutcher rom-com, stayed strong in third place, and The Green Hornet valiantly held on another week in the fifth spot. The Mechanic hit seventh and The Dilemma nabbed tenth. Anthony Hopkins failed to beat the demons in his exorcism flick, The Rite, which dropped from first place to sixth.

The big story here? The Oscar nominated films that made the top ten. Black Swan is in the number nine spot after ten weeks in theaters. True Grit came in at number eight. And after an endorsement from Queen Liz herself, The King’s Speech actually moved up a spot, from fifth to fourth. Have you seen it yet? If not, what are you waiting for? It’s going to win an Oscar after all!