The Super Bowl has come and gone and the Green Bay Packers have added another chapter to their storied history, but what everyone wants to know is: What were the best Super Bowl ads? 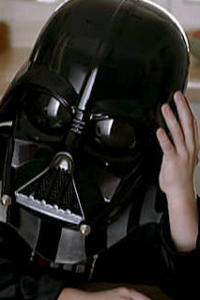 When it came to the thrilling Super Bowl 45, it was hard to look away as Green Bay took the title while remaining completely seated during the always feted Super Bowl commercials.

Coca Cola scored hugely with its CGI-heavy Trojan Horse advertisement. Also, a little guy using the force helped Volkswagen to shoot to the top. But this year, there were no earth-shaking, pop culture defining moments, which is totally fine.

The game was entertaining, as were the spots in between the gridiron action. Without further ado, we give you the Top 10 Super Bowl commercials of 2011.

10. The McDonalds Bear: Beyond cute and cute is what many talk about the day after a Super Bowl commercial fest. Much as millions of fathers have, papa bear rewards his son for good grades with an unconventional trip to the popular fast food retailer.

9. Coca Cola Border: Spots that remind us of the bigger picture always score well in our book. With the border issues plaguing the U.S. and grabbing headlines in the last few years, it was a joy to witness a message to the American public (that statistics say almost half witness the Super Bowl), and have them see a Coca Cola ad that focuses on something that unites us instead of divides us when it comes to national borders.

8. NFL TV Show thanks: How cool was it to see the effect the NFL has had on pop culture and American history beyond the classic Fox intro to the big game? Where millions could have been earned, the league instead spent millions more to computer generate the franchises of the greatest sports league in the world, showing how football has permeated our TV culture, including a young Ron Howard and Henry Winkler, circa Happy Days, showing support for Green Bay.

7. Movie trailers: There were so many earth-shaking movie trailers that struck screens during the Super Bowl; SheKnows is devoting an entire feature to the over a dozen film previews that stopped us cold in palpable anticipation, so stay tuned. From Kung Fu Panda 2 to Pirates of the Caribbean: On Stranger Tides and Transformers 3, Hollywood came ready to rock the Super Bowl.

6. ATT 4G: Point made. When it comes to our society of instant messaging and slow emails being a business killer, the ATT 4G advertisement where a joke was funny for what seemed an eternity before the other people in the carpool received the joke hit the nail on the head when it comes to message and effect.

5. VW Star Wars: The cutest Super Bowl commercial of the night. Obsessed with Darth Vader, a young boy walks around the house trying to find his force. Failure after failure, he keeps trying his powers as John Williams’ Darth Vader theme plays in the background. Suddenly as dad pulls up in a Volkswagen, little Vader heads out to try the force on the car that just drove in. Surely, this beautiful piece of machinery will respect Darth’s power. Indeed, thanks to a little help from dad!

4. Chevy Cruze date: Wait, did we say Vader was the cutest commercial? Maybe we spoke too soon as the Chevy Cruze advertisement that ended with the best first date on record had us at the kiss.

2. Coke as Trojan Horse CGI spectacular: Who doesn’t love the Trojan Horse story? When told via Coca Cola’s impressive CGI spot, it is the Super Bowl commercial’s equivalent of the color, cinematic glory and power of Avatar.

1. Eminem Chrysler: Perhaps it’s the born in Detroit nature of my existence, but hearing Eminem’s iconic Eight Mile anthem Lose Yourself slowly building on the soundtrack while getting the rapping great’s take on Motor City and its importance to American history is pure perfection. His take on luxury, given his lyrical mastery, is also quite strong.