The Black Eyed Peas took a tense first half of the Super Bowl between the Green Bay Packers and Pittsburgh Steelers and made it better. The group got fans on their feet with some futuristic grooves. 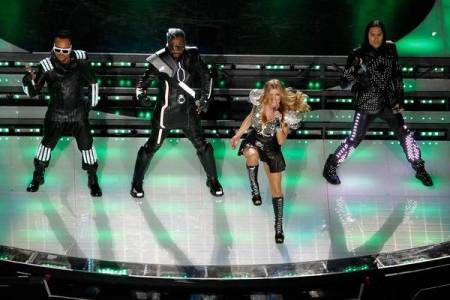 The Dallas Cowboys stadium welcomed the Black Eyed Peas during the Super Bowl halftime show, amidst a neon-green stage and future-driven dance moves. Will.i.am, Fergie, apl.de.ap and Taboo got the party started with crowd favorites, I Gotta Feeling and Boom Boom Pow. Side note: Did anyone else think the dancers’ electronic-esque suits were off the hook? The group then introduced a very special friend to the stage: Former Guns N’ Roses guitarist Slash! He and Fergie cranked out Sweet Child O’ Mine. 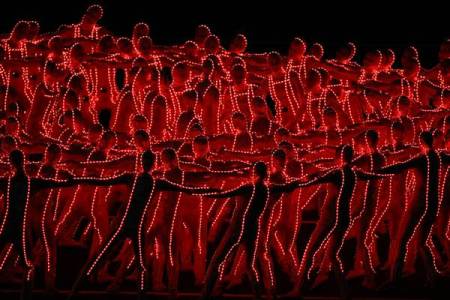 It didn’t stop there. The Black Eyed Peas next welcomed Usher who busted out some OMG. They closed the Super Bowl halftime show with their current single The Time.

What did you think of the Black Eyed Peas’ Super Bowl halftime show? Were you more interested in getting back to the game and commercials? Tell us, we want to know!