We got up close and personal with Glee‘s Lea Michele, who dished on Rachel’s love life, her inner gay man and more. We also got the scoop from Michele and her Glee costars Heather Morris, Jane Lynch and Matthew Morrison on what to expect from the big Super Bowl episode! 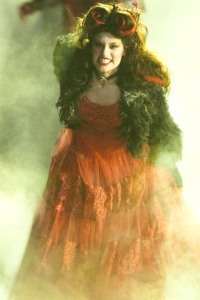 “The Super Bowl episode is great,” Lea Michele gushed. “It’s very back-to-basics Glee, but has some grand moments. It reminds me of episode four, where they did Single Ladies.”

While Michele sees it as a Glee classic in the making, Heather Morris (Brittany) promises the Super Bowl episode will also be “epic.”

“The Super Bowl is a huge thing, so everything that happens in the episode is ginormous,” Morris said. “It’s taken us two months to do, so imagine everything that goes on.”

Things got so wild that Glee had ambulances on hand. “We do a lot of stunts in our big dance numbers,” Matthew Morrison explained. “We had a lot of BMX riders, doing all these crazy flips. There was a lot of pyrotechnics.”

That may be where Sue Sylvester (Jane Lynch) comes in. She doesn’t get in on Glee’s much talked about Thriller number after the Super Bowl (though she does get in on a Bieber Fever performance on February 15).

Instead, when Sue doesn’t get what she wants, she has a meltdown like we’ve never seen. “Sue tries to top herself,” Jane Lynch sets up. “She’s bored with her routines and tries to shoot Brittany out of a human cannon. Figgins won’t let her, because of insurance and liability issues, so she throws a hissy fit. It’s operatic, like you can hear (Richard) Wagner in the background as she’s tearing things apart.”

So will Sue get her way? “She’s a devious girl,” teases Morris, but fans will have to find out what happens by tuning in to the Glee Super Bowl episode, which airs after the game on Fox, Sunday, February 6.

Glee’s winter semester has a few changes coming. Lea Michele opens up about what else you can expect when Glee kicks things off and how Rachel has matured. 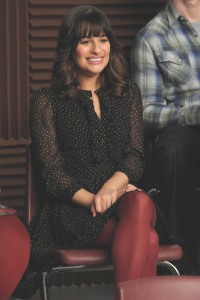 SheKnows: How is the romance going between Finn and Rachel?

Lea Michele: We broke up. Rachel’s single again. We’re bringing Rachel back to season one a bit, with her focusing on her career and sometimes yearning for Finn. I love working with Cory (Monteith) and pretending he’s my boyfriend, but I also love playing the longing.

SheKnows: Might we see Rachel warm up to Puck again?

Lea Michele: They always put Rachel and Puck together, every now and again, which I like. I love working with Mark (Salling), so I’m always excited about that.

SheKnows: How has Rachel grown since you started the show?

Lea Michele: I just did a great scene with Chris Colfer (Kurt) and Amber Riley (Mercedes). We had a little slumber party: That wouldn’t have happened in season one. She’s learned to be a team player. She’s learned that these guys are her equals and it’s not a competition within the glee club. It’s about competing with the other teams.

SheKnows: What would you like to see for Rachel?

Lea Michele: I just want to continue to get to sing these incredible songs and do what I’m doing. I did some great stuff with Heather Morris the other day. I hadn’t gotten to work with her, individually. Jane and I just did a great scene together. I love working with Jane. I’ve been begging them to let us do a duet together.

SheKnows: Who is your favorite character on the show?

Lea Michele: Kurt. No offense to my other Glee club pals. I am a Kurt. I get Kurt. There’s a gay man in me somewhere, trust me. 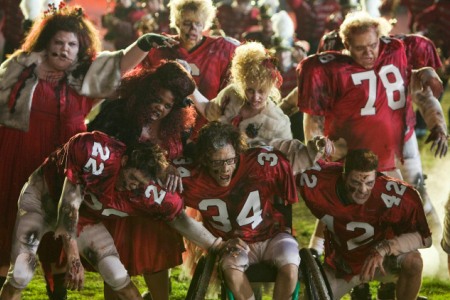 Lea Michele: I don’t know when they’re going to do that, but I have two people that I’ve always had in my head. I have to put faces on the characters.

SheKnows: Are your imaginary dads Nathan Lane and Harvey Fierstein, by chance?

Lea Michele: That’s very close. People always say Taye Diggs (Private Practice) and Hugh Jackman, but I feel they need to be a little older. I feel an older presence. Hopefully you see them soon.

SheKnows: With Glee’s infamously long hours, do you find time to have fun?

Lea Michele: I work, I come home, I rest. I love having my cast members over at my house. We do that a lot. Sometimes we hang out in our trailers for an extra hour at the end of the day, just to spend some time together. But I live a quiet life here in Los Angeles. I like that, because it’s a little cuckoo out there for girls my age.

SheKnows: What about time for other projects?

Lea Michele: I’ve been working on Dorothy [aka the CGI-animated musical Dorothy of Oz] for a while now. If I get any free time from Glee I’m hoping to do films. Ryan (Murphy, showrunner) is wonderful. He’s so supportive of my career. He will definitely help me to fit things in. 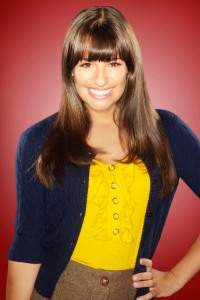 Lea and Barbra: A love fest

SheKnows: Has anyone ever offered you Funny Girl?

Lea Michele: No. Where are the calls? Where are the calls? If you don’t know my obsession with Funny Girl, Fanny Brice is me! I feel very connected to that story. I am salivating over the amount of Barbra (Streisand) I’ve gotten to do [on Glee]. I’m loving it. Don’t Rain on My Parade was just the beginning. To get to do with Chris Colfer the Streisand/Garland number (Happy Days Are Here Again/Get Happy) and Papa Can You Hear Me? I’m fighting for My Man, as always.

SheKnows: Have you gotten to meet Streisand?

Lea Michele: No. I’m okay with that. You’ve got to keep your idols as idols.