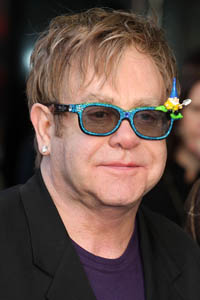 Elton John and Billy Joel have toured the world together, but John says Joel needs to get his act together and get himself back to rehab.

In an interview with Rolling Stone, John, himself a recovering addict, dispenses his advice, which only faintly comes off as know-it-all and condescending and mostly sounds at least a little sincere.

“At the end of the day, he’s coasting,” the singer said. “I always say, ‘Billy, can’t you write another song?’ It’s either fear or laziness. It upsets me. Billy’s a conundrum. We’ve had so many canceled tours because of illnesses and various other things, alcoholism.

“He’s going to hate me for this, but every time he goes to rehab they’ve been light. When I went to rehab, I had to clean the floors. He goes to rehab where they have TVs. I love you, Billy, and this is tough love.

“Billy, you have your demons and you’re not going to get rid of them at rehab light. You’ve got to be serious. People adore you, they love you, and respect you. You should be able to do something better than what you’re doing now.”

Hmmm. So what is American treasure Billy Joel’s reaction to such seeming exploitation of their friendship?

“I’ve worked with Elton for such a long time and I’ve enjoyed our relationship too much to let something as random as these comments change my affection for him,” Joel told Gossip Cop.

“Elton is just being Elton.”