The Harry Potter franchise is about to get a BAFTA award for Outstanding British Contribution to Cinema. Really? It doesn’t have one yet? Insane! We’ll give you the details.

The Harry Potter franchise has spanned over a decade. An entire generation of children sat in fevered hope of a letter from Hogwarts on their eleventh birthday. The films based on them have pulled in $6.4 million worldwide. 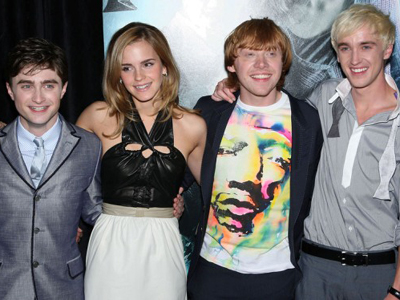 How is it that the franchise is only now receiving an award from the British Academy of Film and Television Arts for “Outstanding British Contribution to Cinema?”

BAFTA said in a statement: “The Harry Potter films have not only created stars in front of the camera, but have also highlighted the expertise within the British craft and technical industries, supporting a vast array of jobs throughout production.” No franchise could be more deserving. The award will be presented to author J.K. Rowling and series producer David Heyman at the main BAFTA ceremony in London on February 13.

BAFTA is Britain’s equivalent of the Oscars and this particular award was created in 1978. The winner that year was the visual effects team behind Superman.

Read on for more Harry Potter: