The South by Southwest film festival in Austin, Texas is getting more influential every year. Haven’t heard of SXSW? Well, it’s certainly going to get press this year with Mel Gibson’s film The Beaver premiering. The festival has just announced its lineup. We’ll tell you all about it.

The South by Southwest (SXSW) film festival will show 130 films this year, but one is going to be the headliner in all the press reports. 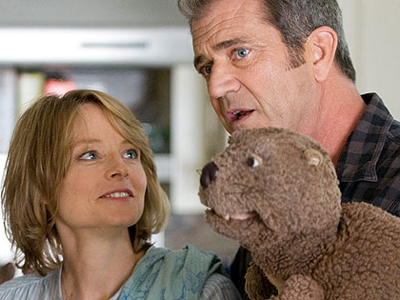 The Beaver, Mel “someone should put duct tape on my mouth” Gibson’s film with Jodie Foster will premiere at the fest. In addition, director Ti West’s ghost story The Innkeepers, Foo Fighters (a documentary about the band), The City Dark, an astronomy doc and PressPausePlay, the story about our love affair with technology will premiere.

The festival began primarily as a music event in 1987, but Austin’s big event has grown rapidly since then, adding the film branch in 1994. This year, SXSW saw a 23-percent increase in submissions over 2010, with a record 4,900 films trying to garner a spot.

You can find the entire lineup (minus the popular, genre-heavy midnight screenings which will be announced next week) at sxsw.com.

The festival begins March 11 and if any of you are lucky enough to be going, please note my insane jealousy.