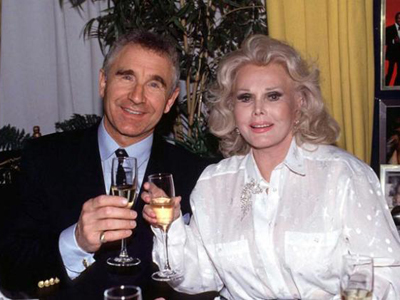 He joins his wife who will remain at UCLA “indefinitely” while doctors work to fight off an infection that developed after her leg amputation.

Anhalt, 67, is not staying in the same room as his 93-year-old wife, his publicist says. Von Anhalt collapsed from stress, his publicist John Blanchette confirmed.

Zsa Zsa had hip replacement surgery in July, however, she never fully recovered and was hospitalized several times for swelling and clots before the amputation of her right leg last month due to gangrene.

She developed an infection and re-entered the hospital on January 22 for fluid in her lungs and an infection. Recent reports say that Gabor does not recognize her husband or her doctors and they suspect internal bleeding.

The couple has been struggling with finances, and had planned to auction off Gabor’s clothing and other items, including expensive fur coats, to pay for medical and housing bills.