Fletch is Chevy Chase’s favorite role. If you’re of a certain generation, it’s probably one of your favorite films. They’ve tried to reboot it a number of times to no avail…until now. The Fletch remake is officially back on!

You loved his monologues. Heck, you love everything about him. He’s Chevy Chase and he’s pretty impossible to replace. Can you see anyone else playing Fletch? Well, you’re about to. Warner Bros. and a production company called Anonymous Content have acquired the rights to Gregory McDonald’s novels. After years of false starts and rumors about the Kevin Smith version, we are about to see a reboot of Fletch. 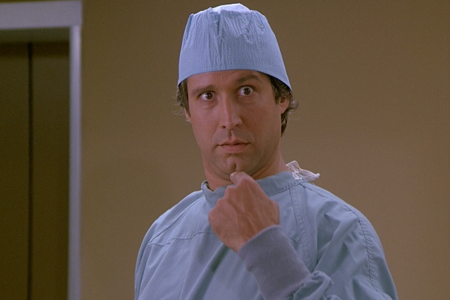 So who will play him? Everyone from Ben Affleck to Jason Lee to Joshua Jackson to Zach Braff has been attached to the role. Even the reborn star of Community, Chevy Chase himself, has been approached to play the lead. Is there anyone out there who can do Fletch justice?

Not sure how I feel about this one. Interestingly, if this actually does happen, it will be the second franchise that Smith failed to reboot after a ton of effort. (Green Hornet anyone?)

Who do you want to see take over this role? Or is this blasphemy? We’d love to hear your thoughts.