Russell Brand and Chris Brown will make their Saturday Night Live debuts on February 12! Brand, also known as Mr. Katy Perry, will bring his unique brand of laughs to SNL while Brown is set to perform. 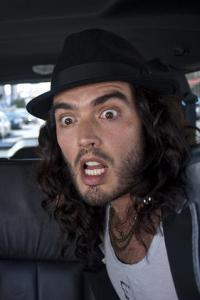 Russell Brand is following in the steps of his missus, Katy Perry, and heading to Saturday Night Live! Anyone who’s familiar with Brand’s work and his antics knows it should be a doozy of an SNL, whether or not Perry decides to make a cameo.

Brand became a household name after his run as a wacky rocker in Judd Apatow’s Forgetting Sarah Marshall, in which he starred opposite Kristen Bell. The Brit carried the laughs over as the same character with Jonah Hill in Get Him to the Greek and also appeared in Bedtime Stories with Adam Sandler and Keri Russell.

SNL musical host and multi-platinum artist Chris Brown is still trying to shake off the bad rap he got for abusing ex-girlfriend Rihanna. That may sound like a difficult thing to overcome, but Brown’s single Look At Me Now featuring Lil Wayne and Busta Rhymes is climbing the charts and his last singles, No BS and Yeah 3X, didn’t have trouble getting airplay either. His fourth album, F.A.M.E., is due out March 22.

If you haven’t seen Russell Brand at play, this Brand and Helen Mirren video says it all.