In her new ABC special, A Matter of Life and Death, Barbara Walters goes inside the hearts of celebrities who know all too well how serious heart disease really is, including President Bill Clinton. 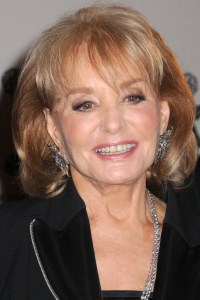 When Barbara Walters asks for help generally it’s given. In a new ABC special airing February 4, A Matter of Life and Death, Walters called on a few famous friends including former President Bill Clinton, David Letterman, Robin Williams and Regis Philbin to discuss the importance of heart surgery.

Walters, who speaks of her own journey to repair a faulty heart valve in May of 2010, is using the celebrity voice to bring attention to heart disease.

“I didn’t want people to feel that this was going to be an hour lecture,” Walters explained. “To have these very famous, and in some cases very funny, people, meant that they would watch.”

The famous names will lend their own experience from diagnosis to recovery. For example, former President Bill Clinton is a practicing vegan and David Letterman reveals his battle with depression and his current state of appreciation for life. Letterman’s own father died of a heart attack at the age of 57. Some of these stories are truly remarkable to hear first-hand. Robin Williams reportedly even shows his battle scar from his own surgery.

A Matter of Life and Death isn’t just about celebrities. Barbara Walters will be shown talking to doctors about preventing heart disease and how to tell if you may be in danger.

Check out A Matter of Life and Death on ABC February 4 to learn more about heart disease.