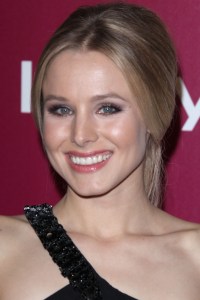 Kristen Bell (You Again) has joined House of Lies, Showtime’s half-hour project inspired by Martin Kihn’s tell-all book House of Lies: How Management Consultants Steal Your Watch and Tell You the Time.

“This show is a comedy about management consultants that takes a very subversive and timely look at how big business really operates in this country,” David Nevins, President of Entertainment at Showtime, told SheKnows at the TCA press tour.

The action centers around Don Cheadle (Iron Man 2) as Marty, “a highly successful, cutthroat consultant who is never above using any means (or anyone) necessary to get his clients the information they want,” according to network releases.

“The great thing about Showtime is I can fantasize about anybody right now,” Nevins said of casting. “Don Cheadle is one of those people. He’s a really cool and unexpected choice.”

Production is set to start this month in L.A. and New York.

3 hrs ago
by Federica Bocco