With Charlie Sheen checked into a rehabilitation facility, the industry is atwitter over the cost of his rehab. Even as everyone voices support for Sheen, the two big questions floating around today are: Can Two and a Half Men survive going dark for up to three months and will the show replace Sheen? 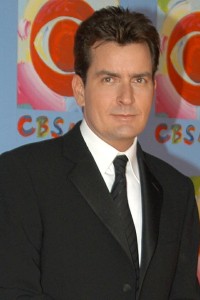 Then CBS followed up with this statement on Sunday:

“Looking forward, the financial impact of the shutdown is not material to CBS. Any ratings declines will be more than offset by the reduced programming costs for episodes lost this season. We will begin to address the scheduling issues this week. The network is strong and deep with hit series; we’re not reliant on one show. In addition, Two and a Half Men has always performed well in repeats, and we have the option of ordering additional episodes of other popular comedies on the network.”

That hasn’t stopped the tittering about the potential cost of Sheen’s stint in a rehabilitation facility. As the most watched comedy on television, Two and a Half Men is a major earner. THR reports each episode brings in $3 million in ad revenue; while last season banked $155 million, in spite of being two episodes short of a full season.

Two and a Half Men lost those two episodes last year when Sheen went to rehab in February.

This time, word is Sheen’s rehab stint will last three months and 300 of his colleagues at Two and a Half Men are squirming, according to TMZ. The gossip site heard that the crew was only “partially compensated” during last year’s rehab hiatus and there’s been no word yet on how things will go this time.

THR took it from there, posturing that if Sheen’s rehab stint closes down the series for good, it could cost Warner Bros $250 million in domestic syndication deals and cost CBS millions more in ad revenues.

This news has led to a series of stories questioning how the show will survive the hiatus. Some have even questioned whether the show will replace Sheen on Two and a Half Men. For anyone who has seen the sitcom, recasting seems the most unlikely solution for the predicament in which Warner Bros, CBS and Chuck Lorre productions find themselves.

The final two Two and a Half Men episodes are currently scheduled to air February 7 and 14. The first is ironically titled, Three Hookers and a Philly Cheesesteak.

Stay tuned as the Two and a Half Men drama continues to unfold, and as always, remember to stay wary of unnamed sources. “I love how certain media outlets say my ‘friends’ are speaking to the press — all B.S.,” Sheen’s ex Denise Richards tweeted from amid the bedlam on January 28. “Nothing has been discussed this is a private matter.”