2011 could turn out to be the year of the female author. Between the buzz on eReaders like the NOOK and Kindle and the amazing line-up of new books coming from debut authors and seasoned favorites, we’re salivating over books in all their forms! SheKnows asked two fabulous women — Melissa Senate, popular women’s fiction author of The Love Goddess’ Cooking School and Liz Fenton, popular book blogger from Chick Lit is Not Dead — to share their must-reads for 2011. 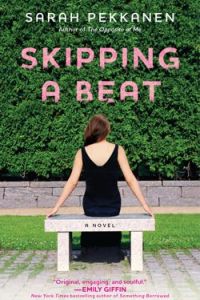 “There are so many fabulous novels coming out in the next few months. Here’s my guide to the ones you should pre-order ASAP,” says popular book blogger and co-creator of Chick Lit is Not Dead, Liz Fenton — also one of our official SheKnows Book Club bloggers.

1. Skipping a Beat by Sarah Pekkanen (February)
Bittersweet and engaging from page one, you won’t want to miss Pekkanen’s strong sophomore novel, following her acclaimed debut last year of The Opposite of Me. What would you do if your husband suddenly wanted to rewrite the rules of your relationship?

Julia Dunhill, a thirty-something party planner, seems to have it all: Married to her high school sweetheart and living in a gorgeous home in Washington D.C. with two successfully launched companies.

So as she arranges the molten chocolate cupcakes for the annual opera benefit, how can she know that her carefully-constructed world is about to fall apart? That Michael will stand up in his company’s boardroom, open his mouth and fall to the carpeted floor… all in the amount of time it will take her to walk across a ballroom floor just a few miles away.

When Michael is finally revived, he becomes a different man — one who is determined to regain the true intimacy he once shared with Julia. Suddenly, their successful careers, beautiful home, loads of money and other material things he’s been focused on for years — instead of Julia — don’t seem important to him. Will Julia stay with this new Michael or is it too late for his change of heart? Will she leave the only man she’s ever loved? 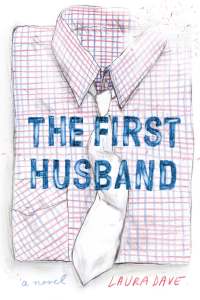 2. The First Husband by Laura Dave (May)
Laura Dave, author of London is the Best City in America and The Divorce Party, hits a homerun (out of the park, really!) in her third novel about what it’s like to really take a chance. Annie Adams had the life she always dreamed of: A writing career that allowed her to travel the globe, and a cozy home in Los Angeles with her amazing boyfriend, Nick, an up-and-coming movie director. But when Nick comes home and tells Annie he needs a break from the relationship, Annie’s world is shattered.

After spending weeks in tears, Annie peels herself from her bed and drags herself to her favorite bar where a new chef, Griffin, is closing up for the night. Griffin and Annie launch into a whirlwind romance, and three months later Annie finds herself married and living in Griffin’s hometown in Massachusetts.

Though Annie and Griffin set aside their pasts for their future together, they aren’t able to escape the past for long. 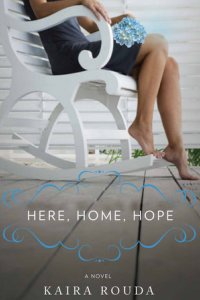 3. Here, Home, Hope by Kaira Rouda (May)
A delightful read that reminds us it’s never too late to reinvent ourselves. Desperate Housewives meets Kelly Corrigan’s The Middle Place in Rouda’s debut novel about Kelly Mills Johnson, a 39-year-old mother and wife stuck in the rut of her middle-American suburban life. A routine relationship with her lawyer husband, two uber-successful businesswomen for best friends to envy and an all-around predictable existence motivate Kelly to reinvent herself.

In an often-times humorous manner, Kelly begins diving into new projects (armed with Post-it notes and a Things to Change list), revisiting old memories and rediscovering passions. Whether she is taking care of the anorexic teenager dumped on her doorstep, making up with an old high school friend or avoiding the boozy advances of her divorced neighbor, Kelly’s insistence on moving her life in a new direction and finding the perfect blend of home and career is inspiring and entertaining.

Rouda’s ability to capture the realities of a mid-life crisis will have readers laughing, crying and planning their own reinvention. 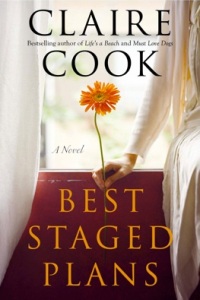 4. Best Staged Plans by Claire Cook (June)
One of the all-time favorite and bestselling authors of women’s fiction, Claire Cook (Must Love Dogs, Seven Year Switch), is back with a summer read. Sandy Sullivan is a professional home stager in the Boston suburbs, so getting rid of her own house, remaking it for the market and downsizing should be a breeze. But nothing is ever as easy as it seems, with her husband Greg dragging his feet and their son Luke moving back home to inhabit the basement “bat cave.”

Sandy takes a job staging a boutique hotel in Atlanta recently acquired by her best friend’s boyfriend. Sandy quickly finds her hands full fixing up houses — and her life — in a story guaranteed to delight and entertain loyal Claire Cook fans — and garner the author new readers — everywhere.

5. Best Kept Secret by Amy Hatvany (June)
Amy Hatvany’s Best Kept Secret should be on best books of summer lists everywhere — reminding us all that those secrets we keep closest to the vest, can tear us apart. Cadence never planned to become an alcoholic single mother to her five-year-old son Charlie. She knows that she is drinking too much, and is plagued by a deep-seated shame. 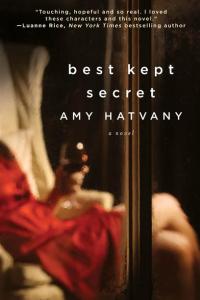 Every day begins with renewed promises to herself that she will stop. But within a few hours, driven by a force she doesn’t understand, she is reaching for the bottle — even when it means not playing with her son because she is too tired, or dropping him off at preschool late, again.

But when her best kept secret is realized and she is forced to deal with her drinking while trying to win back the trust of the people she loves most, she begins the most important journey of her life. Heartbreaking and real, you’ll find yourself relating to Cadence in ways you’d never imagine.