We have a brand new Superman and he’s a Brit! Yes, The Tudors’ Henry Cavill will be wearing the red and blue and everyone is up in arms — especially after Batman and Spider-Man being played by people who probably wear Union Jack boxers. 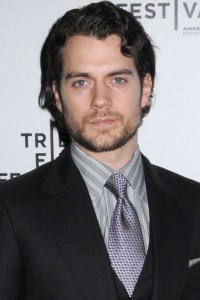 When the news broke that British actor Henry Cavill secured the role of the most American of superheroes, Superman — the Internet exploded. How could all of our heroes be played by people who have a Queen and eat something called clotted cream? It’s, it’s un-American! Andrew Garfield is playing Spider-Man, Christian Bale as Batman…what is this world coming to?

Is the world going to end because this very, very pretty British guy is playing Clark Kent?

Or is it the fact that the Brits aren’t too keen about casting Americans in their films? When was the last time you saw good Queen Liz I played by a chick from New Jersey — or a well-tanned LA actor taking on the role of the Bard? I’m sure the outrage would be about the same.

But let’s look at this. Bale may tend to yell at people, but he’s a brilliant actor. Did anyone have a problem with his portrayal of Batman? Well, other than the scratchy voice.

After seeing Andrew Garfield in The Social Network (and the little seen but wonderful Never Let Me Go), can you really argue that he isn’t the perfect web slinger?

Henry Cavill looks the part…probably more than Brandon Routh in my opinion. I mean, look at him. Okay, now painfully drag your eyes away from the hotness. He was up for the role before when the Brett Ratner version of the film was still on the table. He was attached to the role when McG’s version was floating around Hollywood. He was considered for Batman before Christian Bale took the part. He screen tested for James Bond in Casino Royale. He clearly has something that yells, “I should be wearing very tight outfits.”

So what do you think? We’d love to hear you weigh in on whether or not Superman should be played by a Brit. One little thing to keep in mind…Superman may fight for truth, justice and the American way, but he’s actually not even from Earth. Just saying.