Last night, the latest in the long string of award shows aired — the 2011 Screen Actors Guild Awards and yet again, The King’s Speech ruled the night. The SAG Awards has far fewer categories than most, but performers say it’s their favorite. 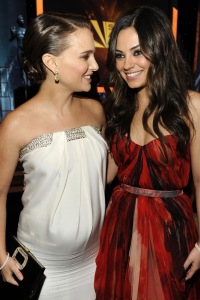 So, we’ve already established who won at the 2011 SAG Awards, but let’s see who won on a bigger scale and what the losses mean to the Academy Awards race.

It will be interesting to see if the SAG Awards are a predictor of the Oscars this year. I’m pretty willing to bet they are. Yes, I’m going to put it all out there and say The King’s Speech, a quiet little film that I bet most of you haven’t seen, is going to take the prize.

At the SAG Awards last night, not only did The King’s Speech take Outstanding Performance by a Cast in a Motion Picture, but Colin Firth nabbed the Best Actor prize. The film beat out The Fighter, The Kids Are All Right, Black Swan and its main competition, The Social Network. I think we can all say with confidence that this has always been a two horse race. It’s one of those years where most people would be happy with any of the films taking the prize, but most of the other films are more performance pieces. The King’s Speech is going to take it. Feel free to throw tomatoes at me if I’m wrong.

It’s also no surprise that Firth got Best Actor. His performance was stunning. And don’t faint, but the lovely Natalie Portman got Best Actress for her work in Black Swan. That lady has the golden touch lately. She even managed to carry an Ashton Kutcher rom-com to the top spot with No Strings Attached.

There was never really a race for either of them. Again, all the nominees are worthy of a statue, but no one was taking this from them. The same goes for Christian Bale as Best Supporting Actor in The Fighter and his co-star, Best Supporting Actress Melissa Leo. One surprise as far as nominations go was Robert Duvall getting a well deserved nod for Get Low. Same goes for Hilary Swank for Conviction.

One thing I have to say here is that it’s a crime that The Social Network‘s Andrew Garfield hasn’t been included for his work in the film. He was the heart and soul of that movie, more so than Jesse Eisenberg. And little Hailee Steinfeld was truly the lead of True Grit. No matter how you look at it, she should have been up for Best Actress, not Supporting. Well, she’s got time. 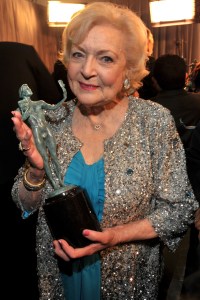 On the television side, Best Ensemble in a Comedy went to the very funny Modern Family, beating out The Office, Hot in Cleveland, Glee and 30 Rock. Fine, but why isn’t Community on there? That show has a wonderful cast and the poor thing is struggling in the ratings. Am I right? I’d love to hear what you think here.

In the acting category, Best Actor in a Comedy went to Alec Baldwin for 30 Rock and Best Actress to the wonderful and very much in the news Betty White for Hot in Cleveland.

Best Ensemble in a Drama went to Boardwalk Empire. I love the show, but a bunch of people seemed upset that it took the spot from Mad Men. Steve Buscemi took Best Actor in a Drama for the show as well, beating Bryan Cranston in Breaking Bad — big surprise, though I think he deserved it. Julianna Margulies won Best Actress in a Drama for The Good Wife over Glenn Close for Damages and Kyra Sedgwick for The Closer.

In the miniseries category, we had (no surprise here, since they’re sweeping the awards) Claire Danes for Temple Grandin and Al Pacino for You Don’t Know Jack. Finally, we have my personal favorite, Best Stunt Ensemble. In the film category, Inception took it. You’re not going to beat a group that did a gravity-defying hotel fight. For TV, True Blood. Considering what’s coming this year, I’m already willing to predict a win for next year.

Sound off below. What did you think of the winners?