Summer Glau has a clear passion for her latest TV hit, The Cape. Her co-star James Frain shares her belief in how the show has the power to revolutionize prime-time TV for superheroes. Glau and Frain talk to us exclusively about the surprise hit of the winter TV season, The Cape. 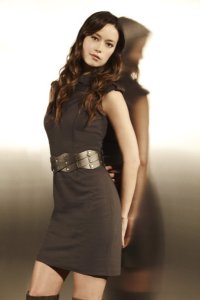 The Cape is the story of a cop (David Lyons) who is disgraced under suspicious circumstances and takes on the persona of a superhero with the titular cape that allows him to do spectacular things.

Summer Glau and James Frain, who plays Peter Fleming, talk about why in 2011, superheroes are more popular than ever and how The Cape’s appeal has resonated with television fans across demographics.

SheKnows: When you read the pilot script for the very first time, what was it about this show that made you guys feel you needed to be a part of it?

Summer Glau: Diving into it, I really hadn’t seen a script like it before. The combination of different qualities in the story is new. We all just jumped in and did our best and I couldn’t be more thrilled with the outcome. It is like nothing else I’ve ever seen.

James Frain: The pilot script had the promise of something that is going to be really good fun and had a really exciting combination of elements that you don’t see normally put together — there’s really a lot going on. I don’t know about Summer, but I felt like it had a lot of potential, but you didn’t know how it was going to work — whether it was going to work. But, it was so ambitious for what it wanted to do with characters, story and the type of experience it was going to provide the audience. It was irresistible really.

SheKnows: What did you all make of the little things like the capes on the statues across New York City and the support the network has shown the show?

James Frain: It’s incredible to see how much the network is behind the show. They really believe in us, it’s really invigorating. But, when you see something like that you realize that this has become its own thing and we’re all just spectators. We’re working on the show. We know what we’re doing. We know that it’s something special. But, until it comes out, you don’t know how the audience is going to respond. So far, it seems to be what we were hoping for. I can’t imagine something better.

Summer Glau: I know, it’s very motivating to go to work and look forward to it. It’s been so long that we’ve been working behind the scenes, that now, we’re seeing signs that it’s out in the world. It’s so exciting [laughs]. It’s been a long time coming.

SheKnows: Summer, your character Orwell is such a unique and powerful woman. What was it about her that you wanted to play her? Also, what do you most like about her? 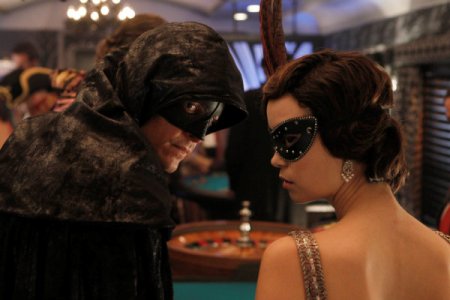 Summer Glau: I feel like I learn from her because she sacrificed everything to fight for what she believes in. That’s really hard to do. In some ways, to me, that’s what The Cape’s story is, it’s about one man doing what he knows is right even though it’s cost him everything. It’s hard to wake up every day and fight for what you believe in with all the risks. There’s also a loneliness that comes along with it. For me, I always want to play empowered women and Orwell is no exception. Behind every strong woman there’s also a vulnerable girl. Orwell makes her own rules, and then she breaks them. She does things her own way. I love her more every day.

SheKnows: So many comic books and graphic novels have such a long history, and I would think tackling something new like The Cape with no mythology, where you all are just creating as you go, I think that would be kind of exciting. Is it?

James Frain: It is [laughs]. It really is, it’s so inventive and I love how we get to make it up as we go along. The writers and producers have all these ideas on the back burner that we get little snippets of, but it is really exciting to be creating something from scratch. The idea of The Cape being an archetype of any of us, the disguise he adopts is not fantastical. It is not specific. It’s universal. Any kid could be a cape character. 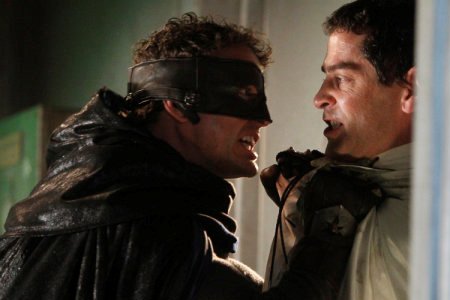 SheKnows: Summer, what do you think it is about the story of the superhero that the public all over the world can’t seem to get enough of?

Summer Glau: For me, I guess, earlier we were talking about heroes and what that means to us, I think that we all have a vision in our minds of what a hero should be. We all hope that they’re out there. This story gives people a chance to escape from their life for an hour and to go on a ride with this man who is the cop next door. He is pressed into a really compromising position — a constant moral dilemma. It’s not like everyday life, but it’s a person that you can picture being in your life. It’s completely relatable.